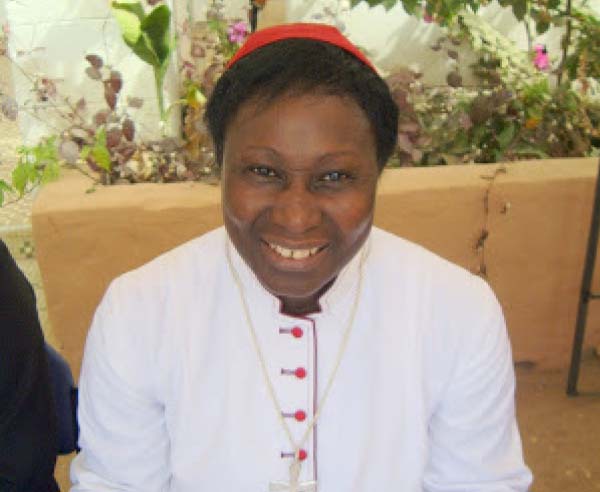 “He Is not here; for he has been raised, as he said. Come and see the place where he lay. Then go quickly and tell his disciples, He has been raised from the dead.”(Matthew 28: 6-7)

I greet you this Easter Season.

At Easter, Christians around the world join together with family and friends to celebrate the Resurrection of Jesus Christ and his victory over death. At Easter we remind ourselves that it is a season of new beginnings and a time of thanksgiving to God.We remember that the hope that the risen Jesus Christ brings has overcome despair.

Jesus Christ’s extraordinary sacrifice through his death on the cross and his compassion, continue to inspire people around the world. His promise of new life, gives hope and confidence to his followers and to all who will receive him. His love and service for all people gives a deep example and lesson.

The Resurrection story of Jesus Christ is one of the most dramatic stories in the Bible.What makes this story so profound is that today, we know more about what is taking place than the disciples of Jesus did then.

At the centre of this story is the element of surprise among the disciples, that Jesus is raised from the dead.The stories reveal that they did not expect to see him alive. They had seen him tortured, publicly executed and his actual death had been confirmed by the piercing of his heart with a spear and it was then reported to the highest official, which was the Roman Governor Pilate who had ordered the execution. The disciples themselves took down Jesus’ body from the cross and carried him and laid him into the tomb and the authorities placed a large heavy stone to block the opening of the tomb.Jesus’ disciples left the tomb with great sadness, sorrow and despair, they were absolutely sure that he was dead.Therefore, on the third day, when they discovered the empty tomb with the heavy stone rolled away, and the angel who was at the tomb, telling them that he was not there, he was risen!they were very surprised, as they knew with absolute certainty, that Jesus Christ was really dead when they left the tomb.

Their amazement however, turned into joy, as they recognised the power of God in bringing life over death when they saw him for themselves alive.So began the sharing of the good news that Jesus Christ is risen from the dead.

Each person’s real life experiences of encountering the risen Jesus Christ was rapidly shared with others. From a single woman Mary Magdalene who saw and talked with Jesus, to the two disciples on the Road to Emmaus, who shared a journey and a meal with Jesus,then the appearance of Jesus to Simon Peter, then the appearance to seven then ten, then to all the disciples.Good news of the resurrection was shared rapidly.Jesus was in many different places meeting the many different people and making himself known to the disciples.

The report was always the same: “The Lord has risen.” followed by the further good news, we have seen him, talked to him, touched him and eaten with him.

Every time Jesus appears, it was to more and more people, making the resurrection real and given more evidence to it. He was not just a ghost, but a real person, for people saw him, talked with him, touched him and saw him eat. So the message of good news is that Jesus Christ is definitely risen from the dead and is alive.

Today, there are many in the world who are enduring persecution for his name, and who suffer injustice and violence.There are many in different parts of the world who are the vulnerable, the imprisoned, the rejected, the lonely, the sick, the suffering, the victims of abuse and violence and the victims of conflict and war who need to find love, hope and peace.

We pray that Jesus Christ, who triumphed over sin and death, will bring his peace and hope to their lives and to all of our lives.Jesus Christ is our Peace, so we pray for his peace and peaceful relations among the various cultures and peoples of the world and especially, all those who live and work here, in the Gambia.We pray that all who are concerned for the present and future of the Gambia, be committed to work for the common good of all and continue to build a nation of love, respect, honour and unity for all people. We pray for his peace for our children and young people, that the risen Christ may inspire their lives so that they live in love, peace and hope.

We must not only pray, but live boldly in the life of the risen Jesus Christ and within the benefits of his blessings which he gives and within the strength that comes from his death and resurrection. We are called to be witnesses of love, truth, peace and joy.

This Easter, may we celebrate God’s gifts of love, freedom, justice and peace. May God grant you and your families and this Nation of The Gambia, the peace of the risen Jesus Christ and may you all receive God’s many blessings.

To the President of the Republic of The Gambia,

His Excellency Sheikh Professor Alhajie Dr. Yahya A. J. J. Jammeh- Babili Mansa the Vice-President, Her Excellency, Ajaratou Dr. Isatou Njie-Saidy, Religious Leaders, the Judiciary, members of the Government and the National Assembly and to all who live and work here, on behalf of The Methodist Church The Gambia, I wish you all a blessed and joyful Easter.