1. The competition among film Directors to produce the life of Jesus of Nazareth has set some very high standards. During my own life time, I could count about six deference attempts. One of these, in my opinion, has excelled in presenting us with a very powerful portrayal of the events surrounding the resurrection of Jesus. It has helped me to get some idea as to how the good news of Christ risen from the dead began to touch the lives of the first disciples.

There were no witnesses to tell us what actually happened on that day. The story begins at the upper room in Jerusalem, the very place where Jesus shared the last supper with his disciples-the sacrament or sign of his body given for us and his blood poured out of us.  Now, three days later, it is early morning on the first Easter Sunday morning. The doors of the room are firmly locked. The video camera moves quietly around the room and shows us the faces of the disciples. There we see signs of fear, guilt, dejection and grief. And all is silent.

Then suddenly comes a knock on the door. Nobody moves. They look terrified. Could it be that the religious or civil authorities have now come to arrest the followers of Jesus? Then comes a second and a third knock---and one of them opens the door. To their great relief, it is Mary Magdalen.

2. Mary has returned from a visit to the tomb of Jesus and she tells her story: while at the tomb, an angel of the Lord said to her: No need to be afraid.  He is not there; He has risen as He said. Come and see the place where he lay, then quickly and tell the disciples that he has risen from the dead”. Mary then leaves the room. Astonishment is apparent on the faces of the disciples. The message only adds to the trauma they have been going through. Peter and John run to the tomb to verify what Mary Magdalen had said. They find everything exactly as she has reported. John saw and believes--- Peter also saw-but he was still unable to believe. When they return to the Upper Room, the disciples are anxiously awaiting a statement. Instead, the silence continues. The camera turns on Peter.  He is clutching a wooden support between the floor and the ceiling of the room. He seems to be starting into pace-almost unaware of the presence of the others in the room. John is looking at him intently-waiting for Peter to say something. Then John, no longer able to restrain himself, speaks directly to Peter: do you believe? Peter slowly begins to nod his head up and down. John then asks him: Why? Finally, Peter speaks: Because the Master said so’. And so began the flow of belief in the presence of the Risen Lord-like a tiny trickle of water beginning with Mary Magdalen and the other women, followed by John, then Peter.

3. In spite of his denials, it was important for the other disciples to hear what the leader would say. During the Last Supper, Jesus said to Peter: I have prayed for you, Peter, that your faith may not fail, and once you have recovered, you must confirm your brothers in their faith’.  And so the initial trickle of faith became a stream and then a river and then ocean. And today, we belongs to that ocean of believers---. 'Dead with life contended, combat strangely ended. Life and death together fought, each to a strange extreme was brought.' This is how the sequence prayer on Easter Sunday attempts to put words on the Passover of Christ-from death to life. The message of Easter, more than anything else, is a message of hope; a hope that reassures us that we can always make a new beginning. No matter what misfortune, or failure or tragedy has come my way, I can always make a fresh start. There is no sin or loss or  betrayal that can separate us from the love of God which is ours in Christ the Lord. It is so easy to get locked or lost in the mistakes and hurts of the past. I know that I will never have true peace in my heart if I keep on clinging to all kinds of disappointments, grief and sorrow. By doing so, I am only hurting myself. I am staring into an empty tomb where the angel said 'He is not here, he has risen from the dead'.

In this year 2011, we continue in our daily lives to share in that mystery of the suffering and death of Jesus which brought about the life of the new creation.

If you dare to believe, you can overcome every fear.

If you dare to believe, you can forgive every hurt.

If you dare to believe, you can help to mend a broken world-because now everything is possible.

May the Risen Lord give you peace, and hope-now and always? 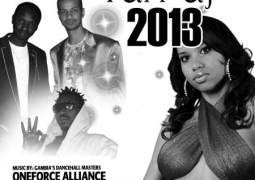 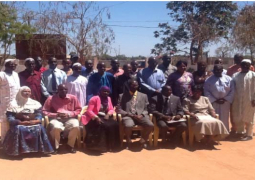