The knockout champions Passamai FC made an astonishing start to the game and dominated Dunes FC in the first half.

Striker Edward Jatta came very close to opening the scores for Passamai FC twice in the first half but fired away those limited goal-scoring opportunities:

Winger Omar Saidy could have also netted the opener for Passamai FC before break but his effort went away:

Dunes FC, who were unable to establish themselves in the first half, also came close to opening the scores through Lamin Sano but his shot was denied by Dunes FC’s custodian Lamin Sano.

Dunes FC opened the scores through striker Amadou Jallow after the interval to send Nyofelleh fans to jubilation at the Gunjur Nyamina Football Field:

Tijan Barrow then netted the second and third goals mid-way into the game to earn Dunes FC their first-ever Super Cup title in Gunjur:

Passamai FC responded back for an equalizer and managed to pull back one through midfielder Sulayman Jawo in the dying minutes, which eventually proved to be a consolation goal for the Gunjur-based outfit:

As champions Dunes FC walked away with a giant trophy and cash prize of D9,000 whilst Passamai FC received D6,000 as runners-up:

The Super Cup final was witnessed by the chief of Kombo South Alhgie Sheriff Ajeh Janneh, Dr Amat Gabriel Jassey and other dignitaries. 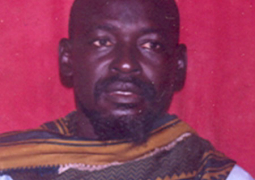 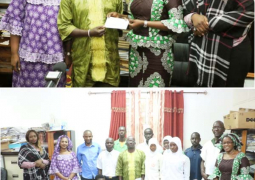