Gambia says NO to any kind of drugs

What are the medicalconsequences of drug addiction

People who suffer from addiction often have one or more accompanying medical issues, which may include lung or cardiovascular disease, stroke, cancer, and mental disorders. Imaging scans, chest X-rays, and blood tests show the damaging effects of long-term drug abuse throughout the body. For example, research has shown that tobacco smoke causes cancer of the mouth, throat, larynx, blood, lungs, stomach, pancreas, kidney, bladder, and cervix.19 In addition, some drugs of abuse, such as inhalants, are toxic to nerve cells and may damage or destroy them either in the brain or the peripheral nervous system.

The Impact of Addiction Can Be Far-Reaching

· Hepatitis B and C

Does drug abuse cause mental disorders, or vice versa?

Drug abuse and mental illness often co-exist. In some cases, mental disorders such as anxiety, depression, or schizophrenia may precede addiction; in other cases, drug abuse may trigger or exacerbate those mental disorders, particularly in people with specific vulnerabilities.

Addiction and HIV/AIDS are intertwined epidemics.

How can addiction harm other people?

Beyond the harmful consequences for the person with the addiction, drug abuse can cause serious health problems for others. Three of the more devastating and troubling consequences of addiction are:

· Negative effects of prenatal drug exposure on infants and children.

A mother’s abuse of heroin or prescription diploids during pregnancy can cause a withdrawal syndrome (called neonatal abstinence syndrome, or NAS) in her infant. It is also likely that some drug-exposed children will need educational support in the classroom to help them overcome what may be subtle deficits in developmental areas such as behavior, attention, and thinking. Ongoing research is investigating whether the effects of prenatal drug exposure on the brain and behavior extend into adolescence to cause developmental problems during that time period.

Second-hand tobacco smoke, also called environmental tobacco smoke (ETS), is a significant source of exposure to a large number of substances known to be hazardous to human health, particularly to children. According to the Surgeon General’s 2006 Report, The Health Consequences of Involuntary Exposure to Tobacco Smoke, involuntary exposure to second-hand smoke increases the risks of heart disease and lung cancer in people who have never smoked by 25–30 percent and 20–30 percent, respectively.20

Injection of drugs such as heroin, cocaine, and methamphetamine currently accounts for about 12 percent of new AIDS cases.21 Injection drug use is also a major factor in the spread of hepatitis C, a serious, potentially fatal liver disease. Injection drug use is not the only way that drug abuse contributes to the spread of infectious diseases. All drugs of abuse cause some form of intoxication, which interferes with judgment and increases the likelihood of risky sexual behaviours. This, in turn, contributes to the spread of HIV/AIDS, hepatitis B and C, and other sexually transmitted diseases.

Tobacco use is responsible for an estimated 5 million deaths worldwide each year.

· Nicotine is an addictive stimulant found in cigarettes and other forms of tobacco. Tobacco smoke increases a user’s risk of cancer, emphysema, bronchial disorders, and cardiovascular disease. The mortality rate associated with tobacco addiction is staggering. Tobacco use killed approximately 100 million people during the 20th century, and, if current smoking trends continue, the cumulative death toll for this century has been projected to reach 1 billion.2

· Alcohol consumption can damage the brain and most body organs. Areas of the brain that are especially vulnerable to alcohol-related damage are the cerebral cortex (largely responsible for our higher brain functions, including problem solving and decision making), the hippo campus (important for memory and learning), and the cerebellum (important for movement coordination).

· Marijuana is the most commonly abused illegal substance. This drug impairs short-term memory and learning, the ability to focus attention, and coordination. It also increases heart rate, can harm the lungs, and can increase the risk of psychosis in those with an underlying vulnerability.

· Inhalants are volatile substances found in many household products, such as oven cleaners, gasoline, spray paints, and other aerosols, that induce mind-altering effects; they are frequently the first drugs tried by children or young teens. Inhalants are extremely toxic and can damage the heart, kidneys, lungs, and brain. Even a healthy person can suffer heart failure and death within minutes of a single session of prolonged sniffing of an inhalant.

· Cocaine is a short-acting stimulant, which can lead users to take the drug many times in a single session (known as a “binge”). Cocaine use can lead to severe medical consequences related to the heart and the respiratory, nervous, and digestive systems.

LSD is one of the most potent hallucinogenic, or perception-altering, drugs. Its effects are unpredictable, and abusers may see vivid colors and images, hear sounds, and feel sensations that seem real but do not exist. Users also may have traumatic experiences and emotions that can last for many hours.

· Heroin is a powerful upload drug that produces euphoria and feelings of relaxation. It slows respiration, and its use is linked to an increased risk of serious infectious diseases, especially when taken intravenously. People who become addicted to opioid pain relievers sometimes switch to heroin instead, because it produces similar effects and may be cheaper or easier to obtain.

The overuse or abuse of alcohol (alcoholism) or other drugs is calledsubstance abuse. It can cause or worsen many medical problems and can destroy families and lives.

If you think you may have a problem with drugs or alcohol, take a short quiz to evaluate your symptoms:

Alcohol abuse causes over 100,000 deaths in the United States and Canada each year. It is the drug most commonly abused by children ages 12 to 17. Alcohol-related car crashes are the leading cause of death in teenagers. People who drink alcohol are more likely to engage in high-risk sexual behavior, have poor grades or job performance, use tobacco products, and experiment with illegal drugs. Alcohol and drug use may be an unconscious attempt at self-treatment for another problem, such as depression.

You have an alcohol problem if your use of alcohol interferes with your health or daily living. You develop alcoholism if you physically or emotionally depend on alcohol to get you through your day.

Symptoms of an alcohol problem include personality changes, blackouts, drinking more and more for the same “high,” and denial of the problem. A person with an alcohol problem may gulp or sneak drinks, drink alone or early in the morning, and suffer from the shakes. He or she may also have family, school, or work problems or get in trouble with the law because of drinking.

The use of alcohol with medicines or illegal drugs may increase the effects of each.

Alcohol abuse patterns vary. Some people drink and may be intoxicated (drunk) every day. Other people drink large amounts of alcohol at specific times, such as on the weekend. It is common for someone with an alcohol or drug problem to call in sick for work on Monday or Friday. He or she may complain of having a virus or the flu. Others may be sober for long periods and then go on a drinking binge that lasts for weeks or months.

Someone with alcohol dependence may suffer serious withdrawal symptoms, such as trembling, delusions, hallucinations, and sweating, if he or she stops drinking suddenly (“cold turkey”). After alcohol dependence develops, it becomes very hard to stop drinking without outside help. Medical detoxification may be needed. 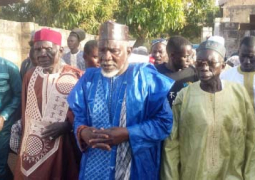