A driver called Muhammed Kurubally was recently granted bail in the sum of D15,000 with a Gambian surety by the Brikama Magistrates’ Court, presided over by Magistrate E. Jaiteh.

According to the particulars of offence, the defendant, Muhammed Kurubally, on 7 May 2015 at the Brikama Central Car park, drove a motor vehicle registration number BJL 4479 without due care and attention, and thereby committed an offence.

He denied the charge and the case was adjourned to 18 September 2015, for hearing.

In another development, one Abdou Jarju appeared at the same court before Magistrate E. Jaiteh for shop-breaking.

According to the particulars of offence, the accused, Abdou Jarju, on 18 August 2015 at Brikama Town in the West Coast Region, broke and entered the shop of one Abdoullah Jonga with intent to commit a felony.

He denied the charge and was granted court bail of D10,000.

The case was adjourned till 18 September 2015, for hearing. 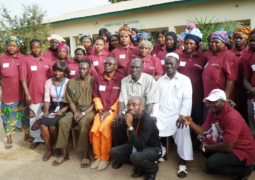 Why is breastfeeding so tremendously vital for babies and their mothers?