Following his admission to the facts of careless driving as narrated by the police prosecutor 1269 Colley, one Alpha Barry was on Monday 9th November 2009 convicted and sentenced to a fine of D1000 in default to serve five months in prison.

According to the facts , the incident happened on Saturday, 17th October 2009 at the Brikama Forest Park along the Trans-Gambia Highway.

Prosecutor Colley narrated that, the convict who was driving a motor vehicle with registration number BJL 9689C lost control of the brakes and consequently hit two other vehicles which were driven by Ebrima Tamedou and Babucarr Saidy-Bah respectively.

The case was presided over by Magistrate E. Amadi of the Brikama Magistrates' Court. 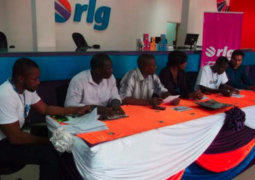