The National Nutrition Agency (NaNA) in collaboration with the Departments of State for Health and Trade, Industry and Employment on Monday organised a one day validation workshop on the draft Gambia Standard for Edible Fats and Oils.

The workshop, which brought together participants from many sectors including businessmen, was aimed at accessing public hearing on the draft Gambia Standard for Edible Fats and Oil.

"As concern for food safety, quality and standard heightened, the Government of The Gambia responded with the formulation and enactment of the Food Act (2005) and the reactivation of the National Codex Committee in 2006," he said.

Within the framework of the Act, Mr Faal explained, the task of regulating food safety, animal and plant health is shared between multiple and diverse authorities.

"The Gambia imports the bulk of the edible fats and oils consumed in the country and currently, there is very little local production primarily in the form of edible crude oil except for one plant which produces refined vegetable", Mr Faal said, adding that over the years, there has been growing government and public concern over the quality of fats and oils being imported and marketed in the country.

He noted that the need to develop national standards for edible fats and oils has now become more urgent in order to ensure fair trade and consumer health and safety.

"To facilitate this process, a task force of the technical committee for food analysis, sampling, pesticides and residues of veterinary drugs in food was tasked to draft standards for edible fats and oils," he asserted. 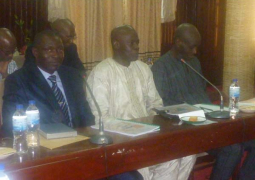