Mbye Faal, known as Jack Faal, a medical doctor at Ndemban Clinic in Bakau, was yesterday remanded in custody for 40 days at the Mile 2 State Central Prison by Justice Emmanuel Fagbenle of the Banjul High Court.

He was remanded for "contempt of court and for assaulting two police officers and a court process server with a cutlass."

The three were acting on a High Court order to arrest Dr. Faal, a respondent in a civil suit against Alhagie Pa Harley Ceesay and Charbel Elhajj, at the Sheriff's Division of the High Court.

Dr. Faal of Ndemban Clinic was arrested at his residence by Corporal Pateh Jawo and Corporal Abdoulie Jammeh on Monday 15 March 2010, following a High Court bench warrant for his arrest on sight.

The arrest of Dr. Faal was effected after he (Dr. Faal) refused to see the court officer, Foday Jatta, who went to serve him court papers in connection with a civil suit, filed at the Commercial Division of the High Court presided over by Justice Fagbenle.

The police Public Relations Officer, Superintendent Sulayman Secka, confirmed to this paper that Dr. Faal was arrested on the orders of the court.

He further revealed that Dr. Faal resisted arrest, and in the ensuing scuffle wounded a police officer during the course of his arrest.

Dr. Faal's arrest was forcefully effected, after he resisted arrest by the police, according to information revealed to this reporter.

Our sources added that he was quickly moved to Mile 2 Prison following his arrest, pending the hearing of the civil suit. 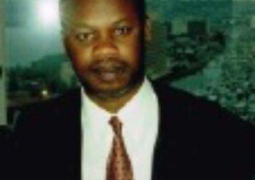 CULTURE AND DEVELOPMENT IN AFRICA