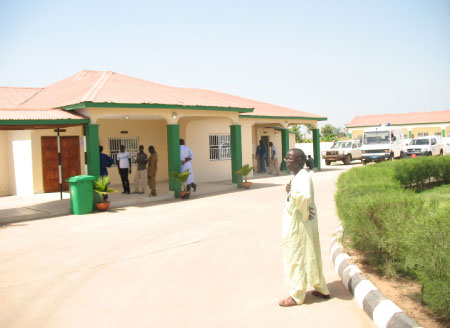 The project, funded at a tune of thirty-two million dalasi, was sponsored by a native of the village, Cherno Alhagie Lamin Dem.

According to sources, two satellite villages, Bodel and Darbatu have also benefited from the water project.

Speaking at the inaugural ceremony, the Minister of Health and Social Welfare, Mr Bala Garba Jahumpa noted that the construction of the modern and magnificent health facility in the said village is the cornerstone of the 22nd July Revolution.

He hailed the philanthropist for his contribution to national development, describing him as a patriotic citizen.

He said Mr Dem’s desire to use his resources to support the people of his community and the region at large is a way of complementing government’s effort towards the health sector.

The Minister gave assurance to the people of Dongoro-Ba that his ministry will continue to support the health facility, adding that the establishment of the said facility will reduce the burden on Soma Health Centre and Bansang Hospital in meeting the health needs of the people.

“People of Dongoro-Ba, I want to assure you under the direction of President Jammeh that we will continue to support you and will provide you with nurses, this health facility will also benefit from the TB programme, it will also be part of the Malaria Control programme,” he promised.

Minister Garba Jahumpa urged the people of Dongoro-Ba and LRR to take good care of the facility.

The Minister, on behalf of the Government of The Gambia and Governor of LRR, used the occasion to express his thanks and appreciations to the donor and his family.

Mr. Lamin Darboe, Governor of LRR said the development of the country is a duty of all Gambians and it is a collective responsibility.  “I will urge all Gambians to emulate Fafa Dem,” said Governor Darboe.

He finally congratulated all those who have in one way or the other contributed towards the establishment of the health centre.

Mr. Kebba Dem, Board Chairman of Dongoro-Ba Health Centre, informed the gathering that both projects were funded by the said person in the sum of D32 million.

Mr. Dem further reveled that the donor did not only hand over the fully equipped health facilities to the management of the health centre, but also allocated  one-year operational cost for the day- to-day running of the facility.

There are 15 employees under the payroll of Dongoro-Ba Management Committee, whilst three qualified nurses are under government subvention, he said.

Mr Musa Bah, the Master of Ceremony and Senior Education Officer at Region 4, who also deputised for the sponsor, told the gathering that the water project was contracted to SWAMI India, whilst the construction of the health centre was contracted to Mr Gibril Bah, a native of the village.

Mr. Bah acknowledged the tremendous support from the government and the community during project implementation.

Alpha Dem, the Chief Executive Officer of the health facility expressed gratitude to the people of Serrekunda Major Health Centre for their support during his two-month attachment there.

Deputizing for the Mayor of Kolda in Senegal, Amat Sowe thanked the donor, urging the beneficiaries to make good use of the facilities.