The District Grand Lodge of Sierra Leone and The Gambia under the United Grand Lodge of England, held a press briefing and launched their 60th Anniversary celebrations, at their Freemasons' Hall on Cape Road recently.

In his speech, J. Olubunmi Robbin-Coker PGJD, the District Grand Master, said the basic qualification to be a member is the belief in the Supreme Being. "You do not have to be a Christian before you become one. Unfortunately in the English Constitution, we do not allow women. We have brotherly love, charity, and the love for others. We have branches in The Gambia and Sierra Leone, Coker," he revealed.

Robbin-Coker said they fight tooth to nail to raise funds. "The present district has survived for 60 years," he stated. He recounted the history of the organisation. He said to become a member one should be above the age of 21.

Robbin-Coker further said that due to the civil war in Sierra Leone they were not able to expand to upcountry.  "We have twenty lodges now. Many of our members ran to seek refuge overseas as well. The basic principles remain the same. We need to spread the lodge," he added.

He then declared the programme launched.

W. Bro. Rev. W.E.E. Carr - PAGDC said for them non-Gambians who love to be members should be law-abiding and should not be involved in any coup, and that they should all love their families.

A journalist from the Point Newspaper expressed fears that were associated to the Freemasons and how Catholics closed their Churches for "fear of these Lodge people not to steal and make sacrifice with the Host, and how they could convince him.

Robbin-Coker said there were no supernatural powers involved in it.  He defined the group as 'a system of morality veiled allegory and illustrated by symbols".

The whole group was taken on a conducted tour of the temple where copies of the Bible and Quran were found. 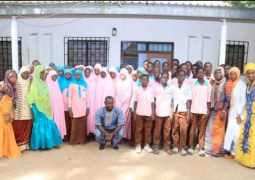 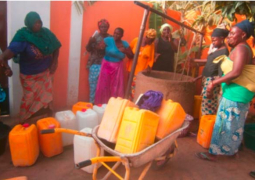