Diabetes mellitus (DM), commonly referred to as diabetes, is a group of metabolic diseases in which there are high blood sugar levels over a prolonged period. Symptoms of high blood sugar include frequent urination, increased thirst, and increased hunger. If left untreated, diabetes can cause many complications. Serious long-term complications include cardiovascular disease, stroke, chronic kidney failure, foot ulcers, and damage to the eyes.

Diabetes is due to either the pancreas not producing enough insulin or the cells of the body not responding properly to the insulin produced. There are three main types of diabetes mellitus:

Prevention and treatment involve a healthy diet, physical exercise, not using tobacco and being a normal body weight. Blood pressure control and proper foot care are also important for people with the disease.

Type 1 diabetes must be managed with insulin injections. Type 2 diabetes may be treated with medications with or without insulin. Insulin and some oral medications can cause low blood sugar. Weight loss surgery in those with obesity is sometimes an effective measure in those with type 2 DM. Gestational diabetes usually resolves after the birth of the baby.

What is diabetes and high risk is this disease for the Gambian population?

I recently was talking about the diabetes disease, caused by high sugar level in human blood to a friend who is a qualified psychologist and he responded to me as we were talking about this disease, which is incurable disorder of the blood sugar in human.

Diabetes disease in medical term is a disorder of metabolism - the way the body uses digested food for growth and energy. Most of the food people eat is broken down into glucose, the form of sugar in the blood. Glucose is the main source of fuel for the body.

What are the types of diabetes?

What is Gestational Diabetes?

How is diabetes diagnosed?

• A random - taken at any time of day - blood glucose level of 200 mg/dL or higher, along with the presence of diabetes symptoms.

What are the scope and impact of diabetes?

Type 1 diabetes occurs equally among males and females but is more common in whites than in nonwhites. Data from the World Health Organisation’s Multinational Project for Childhood Diabetes indicate that type 1 diabetes is rare in most African, American Indian, and Asian populations. However, some northern European countries, including Finland and Sweden, have high rates of type 1 diabetes. The reasons for these differences are unknown.

Type 1 diabetes develops most often in children but can occur at any age.

How is diabetes managed?

Adults with diabetes are at high risk for cardiovascular disease (CVD). In fact, at least 65 percent of those with diabetes die from heart disease or stroke. Managing diabetes is more than keeping blood glucose levels under control - it is also important to manage blood pressure and cholesterol levels through healthy eating, physical activity, and the use of medications, if needed. By doing so, those with diabetes can lower their risk. Aspirin therapy, if recommended by a person’s health care team and smoking cessation can also help lower risk.

People with diabetes must take responsibility for their day-to-day care. Much of the daily care involves keeping blood glucose levels from going too low or too high. When blood glucose levels drop too low - a condition known as hypoglycaemia - a person can become nervous, shaky, and confused. Judgement can be impaired, and if blood glucose falls too low, fainting can occur.

What are the risk factors for heart disease and stroke in people with diabetes?

Having central obesity. Central obesity means carrying extra weight around the waist, as opposed to the hips. A waist measurement of more than 40 inches for men and more than 35 inches for women means you have central obesity. Your risk of heart disease is higher because abdominal fat can increase the production of LDL (bad) cholesterol, the type of blood fat that can be deposited on the inside of blood vessel walls.

LDL cholesterol can build up inside your blood vessels, leading to narrowing and hardening of your arteries—the blood vessels that carry blood from the heart to the rest of the body. Arteries can then become blocked. Therefore, high levels of LDL cholesterol raise your risk of getting heart disease.

Triglycerides are another type of blood fat that can raise your risk of heart disease when the levels are high.

HDL (good) cholesterol removes deposits from inside your blood vessels and takes them to the liver for removal. Low levels of HDL cholesterol increase your risk for heart disease.

Smoking. Smoking doubles your risk of getting heart disease. Stopping smoking is especially important for people with diabetes because both smoking and diabetes narrow blood vessels. Smoking also increases the risk of other long-term complications, such as eye problems. In addition, smoking can damage the blood vessels in your legs and increase the risk of amputation.

Where in The Gambia people can go for check up and get diagnosed?

Fortunately in most public and private health facilities, Hospitals, health centres throughout the country having facilities for diagnose, treatment and advice on diabetes, also getting information from “Diabetes Association in The Gambia”, E-mail( mail@diabetes) call Dr Azadeh health show on West Coast radio every Tuesday from 6-7 pm and text to 00220 7774469/3774469. email to azadehhassan@yahoo.co.uk 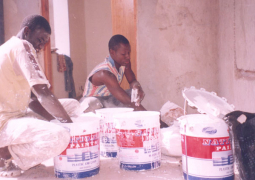 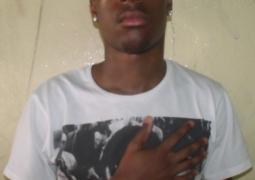 Swedish-Gambian invited for U-23 Olympic qualifiers