Inspector Lamin Cham, a detective police officer attached to the Major Crime Unit in recently testified in the ongoing trial of the former General Manager of KGI, Mr. Henry Mousa before Principal Magistrate Emmanuel Nkea of the Banjul Magistrates' Court

Testifying for the prosecution, detective Cham told the court that he is police officer attached to the Major Crime Unit at police headquarters in .

According to him, he could recall sometimes in the months of November 2009, when he was part of the investigating team that went to KGI International, whose name was changed to Dr. Gas-Jaiteh Njie.

He said upon receiving this information the team went to the Registrar General at the Attorney-General Chambers to recover the certificates of 2008 and 2009 registration of business, respectively. He noted that the accused person was later arrested and taken to the police station for questioning. The said business registration certificates for 2008 to 2009, and cautionary statement of the accused was respectively tendered in court as exhibits.

Detective Cham further adduced that he cautioned the accused who wrote his own statement and confessed that he acted on the instruction of his General Manager Dr. Gas Jaiteh-Njie, who is still at large.

At that juncture, the case was adjourned to 15th June 2010 for continuation. 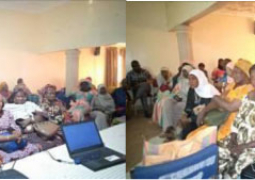 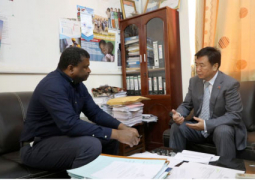 China-Gambia in firm stance against coronavirus