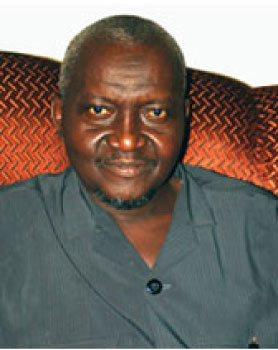 Kalifa Kambi, deputy minister of Agriculture, passed away in the early hours of Tuesday morning at the Medical Research Council in Fajara, this paper has been reliably informed.

Kambi, who until his demise was serving as deputy minister, passed away after a brief illness.

He was appointed deputy minister of Agriculture in April 2010 after the transfer of Momodou S. Kah, who is now in the diplomatic service.

Meanwhile, the body of the late Kambi was yesterday laid in state at the National Assembly where cabinet members led by the Vice President, National Assembly members and members of the public paid their last respects.

Speaking at the ceremony, the Vice President and minister of Women’s Affairs, Aja Dr Isatou Njie-Saidy, described the death of Kalifa Kambi as a irreparable loss to the country.

“The world is a transition, and we are all here in transition. One day we are also going to meet him; we don’t know when; it could be now or later? So I think we have to learn his legacy as he was a true son of this country,” the Vice President said.

The late Kambi was laid to rest yesterday at the Old Jeshwang cemetery. 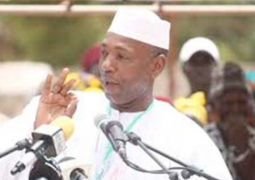 Hamat Bah urges gov’t contractors to give chance to youth