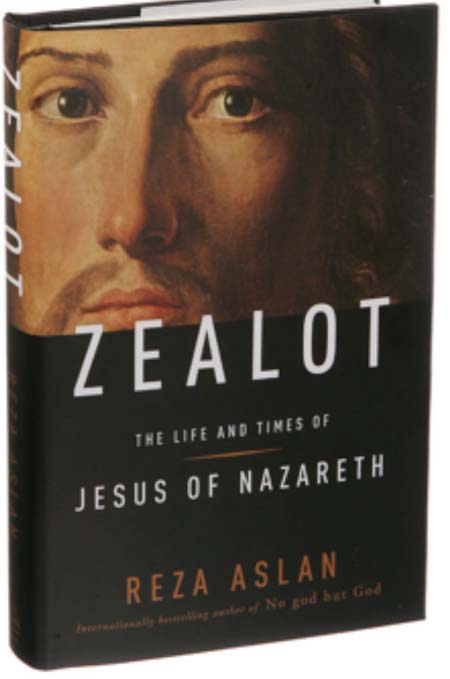 Review of :‘Zealot: The Life and Times of Jesus of Nazareth’ – Reza Aslan

By DALE B. MARTIN (Woolsey professor of religious studies at Yale University)

Jesus the loving shepherd. Bringer of peace and justice. Teacher of universal morals. Jesus the rabbi. Jesus the philosopher. Jesus the apocalyptic prophet. Jesus the Christ of faith.

People have constructed many different Jesuses. For at least two centuries, scholars and popular writers have mined the Christian Gospels to “look behind” them, to create a portrait of Jesus, using purely modern methods: the historical Jesus as opposed to the Christ of faith. In his book “Zealot: The Life and Times of Jesus of Nazareth,” Reza Aslan follows this long tradition, settling on the hypothesis, also around for hundreds of years, that Jesus was a Jewish zealot, a rebel against Rome and the Romans’ local agents.

Mr. Aslan’s book has been greeted with unwarranted controversy. Some conservatives seem offended by merely the idea that a Muslim scholar would write a book about Jesus. This should be no more controversial than a Christian scholar’s writing a book about Islam or Muhammad. It happens all the time. Nor is Mr. Aslan’s thesis controversial, at least among scholars of early Christianity.

According to Mr. Aslan, Jesus was born in Nazareth and grew up a poor laborer. He was a disciple of John the Baptist until John’s arrest. Like John, Jesus preached the imminent arrival of the kingdom of God, which would be an earthly, political state ruled by God or his anointed, a messiah. Jesus never intended to found a church, much less a new religion. He was loyal to the law of Moses as he interpreted it. Jesus opposed not only the Roman overlords, Mr. Aslan writes, but also their representatives in Palestine: “the Temple priests, the wealthy Jewish aristocracy, the Herodian elite.”

In the last week of Jesus’ life, Mr. Aslan writes, he entered Jerusalem with his disciples in a provocative way that recalled royal entrances described in Jewish scripture. He then enacted a violent cleansing of the Temple: something like radical street theater, except that it took place in a site of supreme holiness.

Provoked by that action and his other rantings against the Temple and its caretakers, the authorities arrested Jesus. The Romans crucified him as a rebel, a zealot and a pretender to the Judean throne. The charge on the cross is historical: the Romans took Jesus as claiming to be the messianic king of the Jews. Since only the Roman Senate could appoint kings within the Empire, claiming to be a king was treasonous and punishable by the worst kind of death: torture and crucifixion.

Mr. Aslan’s thesis is not as startling, original or “entirely new” as the book’s publicity claims. Nor is it as outlandish as described by his detractors. That Jesus was a Jewish peasant who attempted to foment a rebellion against the Romans and their Jewish clients has been suggested at least since the posthumous publication of Hermann Samuel Reimarus’s “Fragments” (1774-78). The most famous case for the thesis is the 1967 book by S. G. F. Brandon, “Jesus and the Zealots.” Mr. Aslan follows Mr. Brandon in his general thesis as well as in many details, a borrowing that should have been better acknowledged. (Mr. Brandon gets only a cursory mention in the notes.) And the basic premise that Jesus was zealous for the political future of Israel as the kingdom of God on earth is neither new nor controversial.

A real strength of the book is that it provides an introduction to first-century Palestine, including economics, politics and religion. Mr. Aslan uses previous scholarship to describe the precarious existence of Jewish peasants and the lower classes, and how the Romans and the Jewish upper class exploited the land and the people. He explains not just the religious but also the economic significance of the Temple, and therefore the power of the priestly class controlling it.

“Zealot” shares some of the best traits of popular writing on scholarly subjects: it moves at a good pace; it explains complicated issues as simply as possible; it even provides notes for checking its claims.

But the book also suffers from common problems in popularization, like proposing outdated and simplistic theories for phenomena now seen as more complex. Mr. Aslan depicts earliest Christianity as surviving in two streams after Jesus: a Hellenistic movement headed by Paul, and a Jewish version headed by James. This dualism repeats 19th-century German scholarship. Nowadays, most scholars believe that the Christian movement was much more diverse, even from its very beginnings.

Mr. Aslan also proposes outdated views when he insists that the idea of a “divine messiah” or a “god-man” would have been “anathema” to the Judaism of the time, or when he writes that it would have been “almost unthinkable” for a 30-year-old Jewish man to be unmarried. Studies of the past few decades — including “King and Messiah as Son of God” (Adela Yarbro Collins and John J. Collins) and my own “Sex and the Single Savior: Gender and Sexuality in Biblical Interpretation” — have overturned these once commonplace assumptions.

Given the debate surrounding this book’s publication, spurred by conservative reaction as well as its own publicity, you would expect the work to advance radical readings of the Gospels. Actually, Mr. Aslan is too credulous when reading the Gospels and Acts of the Apostles. He is rightly skeptical about some passages, like the birth narratives. But he uncritically accepts as fact many other passages, like precisely what Jesus is supposed to have said at his trial before the high priest and full Sanhedrin. In many cases regarding Jesus, as well as Paul and James, Mr. Aslan takes as accurate deeds and sayings most critical scholars would question.

He also presents as fact what may well be later Christian legend: that Jesus’ ministry lasted three years, that we know in what cities the four Gospels were composed, that Peter was already in Rome when Paul arrived there. There may be a kernel of truth in one or another of these traditions, but they are just that: traditions, not necessarily history.

Some of Mr. Aslan’s other claims are just speculations with no supporting evidence, more at home in fiction than in scholarship — for example, that Jesus spent at least 10 years living and working in the city of Sepphoris.

By profession, Mr. Aslan is not a scholar of ancient Judaism or Christianity. He teaches creative writing. And he is a good writer. “Zealot” is not innovative or original scholarship, but it makes an entertaining read. It is also a serious presentation of one plausible portrait of the life of Jesus of Nazareth. 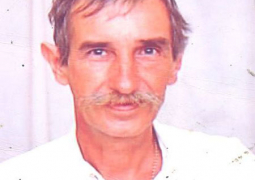