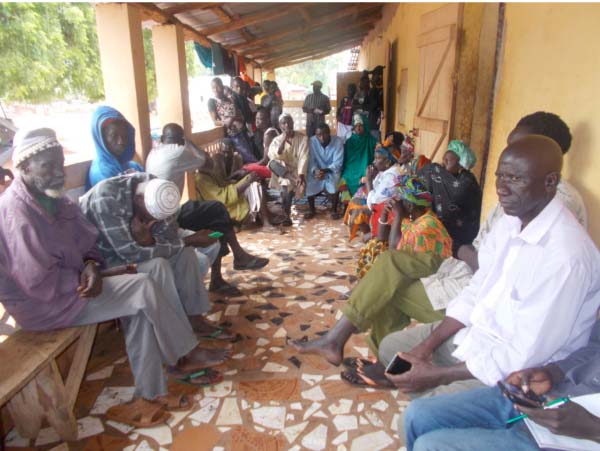 The National Council for Civic Education (NCCE), Saturday commenced the second phase of its community sensitisation meetings on democracy and responsible citizenship with 20 communities in Foni, West Coast Region.

Speaking at the Kaimoh Karanai village on Saturday, Ansumana Yabou, NCCE senior Civic Education Officer, described democracy is a system of government by the whole population or all the eligible members of a state, through their elected representatives.

Mr Yabou threw more light on the importance of voting and citizens participation in national development.

He called on citizens to jealously guard the peace and stability of the country, adding that people should do away with tribalism and put the country’s interest first.

He noted that all citizens are equal and should be given equal opportunities regardless of gender, tribe or religion.

Mr Yabou challenged citizens to hold authorities responsible after voting them into offices, saying constituencies should be calling their national assembly members for meetings to point out their needs if the NAMs are not forthcoming to know what their needs and constraints are.

Yabou stated that they all have the right to information but added that some people are abusing information in the name of democracy by spreading false news and hate speeches and therefore, called on them to desist from such.

Democracy goes with law, rights and responsibilities, he highlighted, while calling on the people to live together in peace, love and respect for one another.

He remarked that it was the duty of every citizen to defend the constitution, and urged citizens to be paying their compound rates to ensure they are able to benefit from developments and also hold authorities accountable.

At Batabutu Kantora, Junkung Saidy, also a senior civic education officer at NCCE, explained to the gathering when, where and how democracy came about.

He informed the gathering that their office always sensitises citizens on issues happening at the time, saying that power and voices belong to citizens as they are the ones that usually elect authorities into power.

“You elect leaders or representatives to bring you development and can vote them out if they do not serve the purpose you voted them in for,” he advised the gathering.

He said the government should know and be prepared to address the needs of its citizens.

“A good citizen should always ask what he can do for his country and not what his country can for him,” he declared.

He called on citizens to be prepared to seek knowledge and contribute to national development.

Kaddy Bojang, a native of Kaimoh Karanai commended NCCE for their tremendous work in educating citizens, admitting that they now know the true meaning of democracy and would share the knowledge gained with others.

She appealed to NCCE to return in a few months to educate them more on the constitution.

Modou Lamin Sanyang of Batabutu Kantora urged beneficiaries to apply the knowledge gained for the benefit of the country.

Sambou Jarju of Sitta village commended NCCE for reaching out to communities to sensitise them.

Janko Jarju, Alkalo of Sitta village, said politics has been in existence since the time of the prophet and urged people to accept God’s will and not do things that are not in conformity with the law.

“Differences cannot bring the nation any development,” he said while urging all to unite and live together as one family. 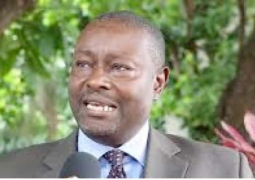 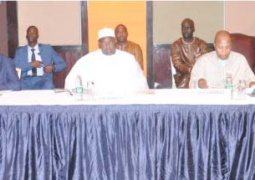