In his defence, the defendant, Lamin Jabang, told the court he resides at and he is a driver by profession.

He said he had been driving for almost 20 years and he had never caused any accident.

He added that on the day of the accident, he was driving a tractor coming from Tujereng towards Sanyany village.

“While on the road, a Gelele was behind me. As I was about to turn to my left, I signalled to the vehicle behind me,” he explained.

DW1 revealed that at the time, the vehicle behind him was coming at a speed and therefore knocked his tractor, causing it to somersault, and he was taken to the hospital for treatment.

He told the court that the tractor was given to the community by KGI and he paid only for the insurance and not for the tractor’s licence.

Also testifying as defence witness two was Nicolas Bass, who told the court that he resides at Kending Saiba of Tujereng.

Bass said he knew the defendant, who is a member of the community, adding that the defendant was driving their tractor.

On the day of the accident, he was from his farm when he had a noise, he said, adding that when he rushed to the scene he found a crowd of people and the defendant was being held by two men.

DW2 further told the court that at the scene he found the Alkalo of Kending Saiba, who told him that since he (the witness) was the village chairman, he asked him to go and remove the tractor.

Mr Bass said when he went to remove the tractor, he noticed that the rear light of the tractor was broken and he switched off the engine.

The tractor and the Gelele were both coming from the same direction, he said, adding that the tractor was almost at the end of the road on the left side. 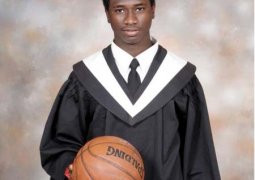