Mustapha Bah, who is standing trial of stealing, on 28 March 2011 testified before Magistrate Tabally of the Kanifing Magistrates’ Court.

Mr Bah was alleged to have stolen eight bags of rice and a Tiger brand generator, a charge he has since denied.

In his evidence before the court, he said he could recall the day of the incident when he went to visit one of his Ghanaian friends at the Continental Business Shop along Kairaba Avenue. He said he met with the complainant, Dr Babucarr Njie, and the watchman, Abdoulie Dibba.

“The complainant approached me and said that he the (complainant) went to his store and found out that some items were missing,” he explained, adding that the complainant further told him that he was told by the watchman’s wife that he (the accused) was found at the door of the said shop.

He testified that the complainant asked him if he knew anything about the said items missing in order to discuss the matter. In reply, he told him that he knew nothing about the items.

“The complainant told me that he would take me to the police station because I was the suspect,” he said, adding that at the Kairaba Police Station, he was detained with the watchman, Abdoulie Dibba.

The accused testified further that the next day, they were escorted to the scene and on arrival at the scene, the police officer took his keys and unfortunately one of them happened to open the back door.

He indicated that he was then asked by the officer how he got the said key and he told the officer: “It belongs to my boss, where I used to keep my property.”

Asked if he had a witness to call, the accused told the court: “My witness I intend to call has travelled; therefore I will rely on my evidence before the court.”

The case was adjourned until 11 April 2011 for Judgment. 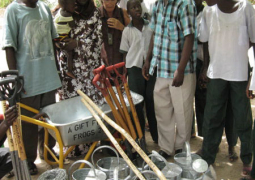 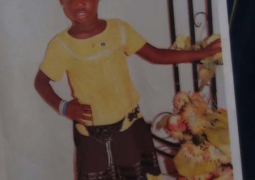