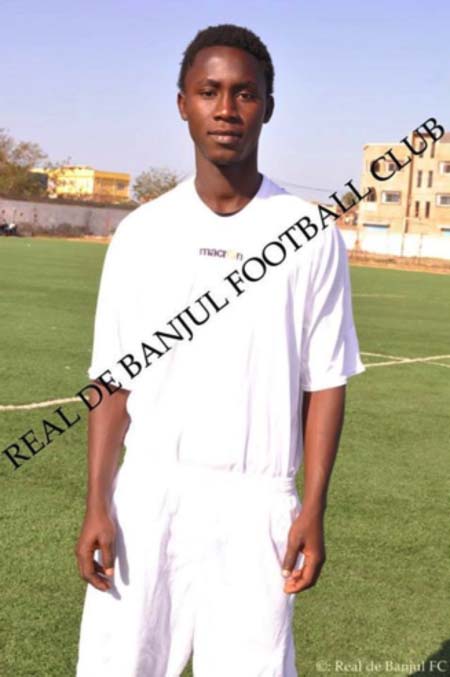 [if gte mso 9]> Real de Banjul Football Club has announced that talented youngster Ablie Jallow has received an international call-up to The Gambia squad to play Cameroon on Sunday.

Ablie has been selected by head coach Raoul Savoy for the country’s 2017 Africa Cup of Nations qualifier against Cameroon, replacing Ibou Sawaneh.

He will link up with his international teammates immediately after their return from their training camp in Morocco.

Having drawn with South Africa 0-0 in their opening qualifier back in June, the Scorpions of The Gambia now face a Cameroon side that beat Mauritania 1-0 in their first match.

Ablie, who has represented Gambia at CHAN level, will hope to add a senior cap to his blossoming career.

He guided Real de Banjul to a second-placed finish last season and was influential in the club’s CAF Champions League campaign.

The game takes place at the Independence Stadium in Bakau on Sunday 6 September.