Defence opened recently at the Special Criminal Court in Banjul in the murder case involving one Lamin Saine, accused of murdering one Gibby Sowe.

The accused, Lamin Saine, in his testimony, told a crowded courtroom he knew the deceased and could recall 8 September 2011 when he did fight with the deceased.

He denied stabbing the deceased with a broken bottle as well as beating him with a stick on his head.

The accused admitted they had a fight and were later separated, saying they all went home unhurt, but after one week, he heard that the victim was taken to the health centre and later to the RVTH hospital in Banjul, where the deceased was pronounced dead.

During the fight, he explained, none of them sustained injury. 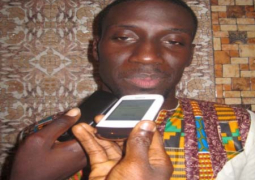