Defence continued on Monday in the funds held under direction trial involving one Matar Jammeh at the Brikama Magistrates’ Court before Magistrate Jobarteh.

Continuing his testimony, Matar Jammeh told the court he was asked about the documents and he told them he had the documents on which he recorded the expenditure of the fuel.

He said he gave them the documents and they counted the receipts and told him what they had calculated was too much.

They told him that in their opinion, it had not reached to that amount, he said, adding that he told them the work that was done generated those receipts.

He said they also asked him if there was money in his possession other than the money he gave to one Kaddy Jammeh, and he answered in the positive.

Designated as defence witness one (DW1), Matar Jammeh further adduced that they asked him how much and he told them it was D22,000, and was further asked if he could hand over the money to them, and he answered in the negative, because the money was not with him.

They told him the expenditure they had seen was too much, he testified.

He said he was later called by the councillor who told him he met Lamin Bojang who said the accused said he gave the money to him, which he denied.

He said the councillor asked him to go with him to Lamin Bojang to verify it, which he did.

“The councillor asked me to give the remaining money to the treasurer, Alagie Fofana,” he said, adding that he took the money to Alagie Fofana, which was the D22,000.

He said the alkalo of Bonto came to him and told him they had a meeting in Banjul, but did not verify it.

He said he later received a letter from them that he should pay D115,000 and if he did not pay, they would take him to the police.

They indicated in the same letter that the driver who worked with him did not give him money for some work done, he stated.

He said later the police came from Mandinaba and took him to the station, adding that they told him that his people were waiting for him in Banjul, because he refused to go with them and they would send a vehicle to get him there.

He said that in Banjul, the station officer told him he was brought there because he should pay D115,000 to the village, adding that he explained everything together with the documents he worked on.

He said he was detained and later released on bail, adding that Lamin Bojang sent a vehicle with Famara Ceesay, and was escorted by the police to his house to collect the documents.

He said they asked him to give them his compound documents and pay bit by bit but he refused.

According to the particulars of offence, the accused, Matar Jammeh, in August 2011, at Pirang village, Kombo East District of the West Coast Region, embezzled D115,000 from Pirang Ward Committee tractor funds without authority from the committee. 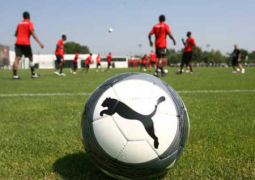 Morocco: U-20 Lions begin camping ahead of Gambia tie