Jerreh Kujabi and his wife, Halimatou Colley, were charged with criminal trespass, conspiracy to commit misdemeanour and conduct conducive to a breach of the peace.

Continuing his defence, Mr Kujabi told the court that he did not refuse to vacate Ingolf Buchheister alias Babucarr Bojang’s compound in Kafuta.

He said the reason why he is still in the compound was that if he leaves the compound something may be destroyed there, but not that he refused to vacate the compound of the complainant.

According to Kujabi, he even told his in-law, Ingolf Buchheister, a German national, to come and take possession of his compound and stay in the compound, but he did not.

He said when the complainant, who was his in-law, came from Germany, he asked him whether he saw the letter that he sent to him, and he answered in the positive, but said he did not like what the complainant wrote in the letter.

He said the complainant indicated in the letter that he had divorced his daughter, Fatou Kujabi.

Mr Kujabi further told the court that his daughter told him that her husband took her to Germany and rented a compound 10 km from the town.

The daughter further told him that the husband used to abuse her and threatened to kill her there, and she went and reported the matter to the refugee camp in Germany.

He said according to the daughter, the husband was arrested and they later went to court in Germany, and she won the case.

Mr Kujabi said the daughter also told him that the German government gave her a residence for her to stay. 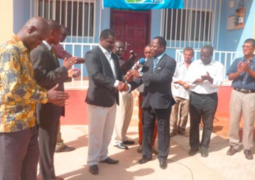 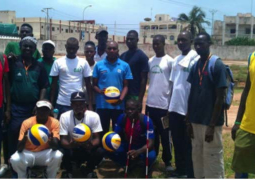