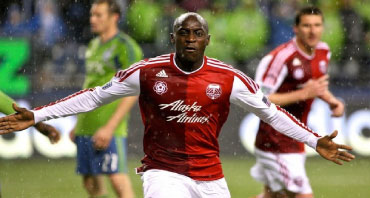 Gambian defender Mamadou Danso capitalised on a Jack Jewsbury 65th minute well-taken free kick to give the Timbers a point in their first MLS trip to Seattle.

The 28-year-old Gambian international used the back of his head to knock the ball past Seattle's goalie Keller, who had come off of his line to punch the ball clear, according to club’s website.

Danso, who joined the Timbers since 2009, looks set for a lucrative season after having also carried the man-of-the-match title during the weekend battle. The defender came twice to salvaging his side in crucial times in the past weeks.

He was part of a goal.com best eleven players in week eight of the US MLS league rankings last week.

The Gambian international, fondly called "Futty", earned himself a spot on the first eleven after netting the Timbers' only goal and winner against Philadelphia Union.

Portland will return home to JELD-WEN Field to take on Columbus, on Saturday.

The New England Revolution earned three points Saturday night over the visiting Vancouver Whitecaps. The revolution took the lead courtesy of a Shalrie Joseph goal in the second Half.

Sainey Nyassi, who came on to the pitch in the 82nd minute, had his chance of the season as he beat a few defenders and struck a ball to the far post which was saved by Jay Nolly to prevent another New England goal. Compatriot Abdoulie Mansally watched his side triumph on the bench.

Sanna Nyassi's Colorado Rapids and D.C. United both took home each a point after a hard fought match of a 1-1 tie. 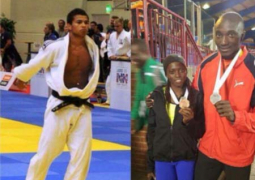 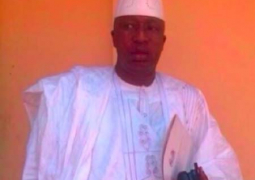