GFF presidential aspirants Buba Mbye Bojang and Omar Danso have described the disqualification of Seedy Kinteh and Mustapha Kebbeh as “not only unconstitutional, but a wel calculated move aimed at discrediting and damaging the characters of the aforementioned persons for reasons best known to the NC.”

Bojang and Danso were cleared by the Normalisation Committee of the Gambia Football Federation, NC-GFF, which declared them eligible, after they were nominated to participate as candidates in the 20th September 2014 election for the post of GFF president.

The pair held a joint press conference at the Serrekunda East Mini Stadium Tuesday, and declared that they received the news of the disqualification of Seedy Kinteh and Mustapha Kebbeh “with great shock and dismay.”

The duo said after “serious consultations”, the two concerned candidates “and members of our camps” decided to call the press conference to express “our concern and condemnation against the injustice meted on our fellow candidates whose constitutional rights have been seriously violated.” The “joint press release” went on:

“This is a very dangerous signal from the NC. For now, it is Kebbeh and Seedy; who knows who will be next? We are indeed very worried and concern if the NC can deliberately ignore our constitution.

“Genuine candidates in the race, should not only be concerned about a level playing field, but also must see that the playing field is level for the electorates to freely choose their choices.

“The GFF statute is very clear on the requirements for members in the GFF Executive Committee. The members of the Executive Committee shall: “Be no younger than 30 years old; already have been active in football in the last five years; not have been convicted of felony; and be a Gambian and resident in The Gambia”.

“It is evident that the Kinteh and Kebbeh have met the above requirements and, therefore, eligible to contest. Again, FIFA was also very clear in a letter dated 24th July 2014, to the members in response to their petition on the appointment of the NC that the new electoral process about to start will be opened to whoever met the statutory requirements.

“Here we believe the statutory requirements referred to the GFF statutory requirements, as highlighted above. At no point in time had FIFA instructed the NC to consider deciding on the nominations of candidates outside the GFF statutes unlike the previous NC who were instructed as follows: “We remind you that among the requirements to be eligible for the GFA Executive Committee seat, the candidate should not have been convicted of felony and we anticipate that the different persons who brought GFA into a state of agony because of mismanagement or greed will be prevented from contesting.

“It was on this basis that the previous NC set up what we called a Kangaroo disciplinary committee based on whose recommendations, Seedy Kinteh and others were banned. If there would be transparency and fair play, the NC since at the opening of the nominations should have come up with a laid down criteria for qualifications for candidates for the GFF Executive Committee.

“We want to observe our constitutions has never been suspended by either the NC or FIFA. That was why the NC has always tried to meet the relevant constitutional requirements to justify its actions.

“This was demonstrated by the extension of the election date and the opening of nominations, as well as the recent press release on the nominated candidates. Refer to Articles 41 paragraph 41.3 and paragraph 41.4 of the GFF Statutes.

“Then why on this most important issue, the NC will deliberately put aside the GFF constitution and act otherwise?”

“To be the electoral body mandated to conduct this election does not mean the NC can deal with issues outside the GFF Constitution in exercising its power. Absolute power can corrupt absolutely. National Sports Council is watching and keeping quiet, as well as the Ministry of Youth and Sports.

“We must conclude by calling on the NC to revisit its decision and act in accordance with the constitution of the GFF in the soonest possible time, failure of which will give a very bad image to the entire electoral process which will not tell well. We pray that the NC listens to our concerns, and act wisely and justly.”

The press release was signed by Buba Bojang and Omar Danso, both GFF presidential candidates.

Meanwhile, the two announced that they will launch their Joint Manifesto on Friday 12th September at the Serrekunda East Mini Stadium. 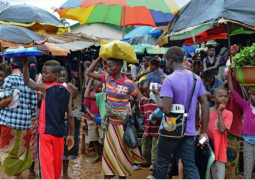 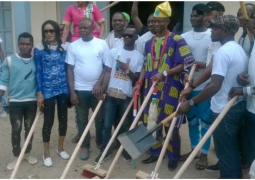