The items donated included generators, equipment for the wood and metal work department of the schools, hospital beds, and mattresses.

The presentation, characterised by cultural performance held at the , was attended by a cross-section of the community.

In receiving the items on behalf of the schools, Lalama Manneh, principal of , hailed the donors for the gesture, saying the donation would enhance teaching and learning at the schools.

He added that the link between the two (Helsinghore Little School in Denmark and Kuntaur Upper Basic School in the Gambia) has been existing for the past 14 years facilitated by Momodou Camara, a native of Kuntaur Fulla Kunda.

According to him, the Danish friends have been rendering support in agriculture, education, health and others to Gambian institutions.

Mr Manneh commended their friends for the laudable gesture, adding that the materials came at the right time.

Amat S. Bah, Senior Education Officer representing the Regional Education Director, revealed that no government “can solely do everything”.

“That is why we need development partners like you to complement our efforts in achieving the MDGs,” he said.

He noted that the government has provided an environment conducive for learning and it is now the responsibility of the parents to send their children to school.

For his part, Kaniman Camara, the coordinator, stated that the school would not be developed without the involvement of the local community.

He noted that for the past 14 years, the link has been supporting the school, particularly its home science, wood work and the metal work departments.

He urged the school authorities to maintain the donated materials to ensure sustainability.

“Some of the materials donated came from The Gambia Danish Friendship Society in ,” he said

Per Nygaard and SOS Rasmasser, the heads of the delegation, said they are not an NGO. “All the materials donated came from the students of Helsingore Little School and Gambia Danish Friendship Society in ,” he added.

Other speakers on the occasion included Sulayman Jawo, chairman of the School Management Committee, Baboucarr Cham, vice principal of the school.

Muhammed Fatty, the head boy of the school, also thanked the donors for the good gesture. 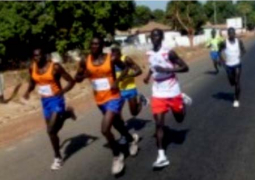 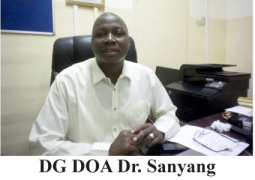