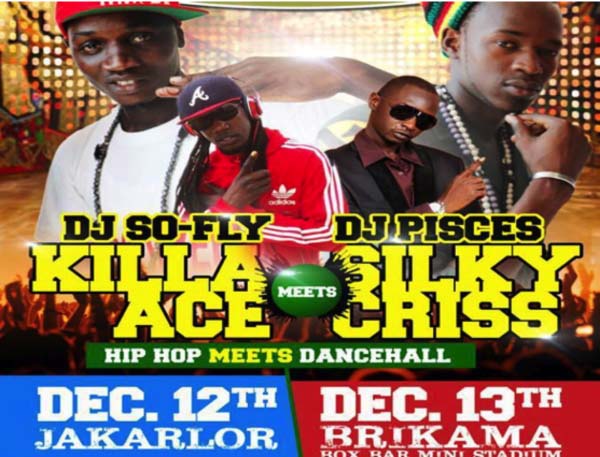 Dancehall will meet Hip-hop first time in The Gambia on December 12 at Jakarlo in Kololi, organisers ACEs and REALM SILKY announced on Wednesday.

Alieu A. Bah, alias Immortal X, said this project is meant for two artistes from different backgrounds to make something innovative of marketing Gambian music around the globe.

He noted that the idea behind it is to have a fusion in the music by creating something that will entertain and educate the audience.

Killa Ace, a hip-hop artiste, said the two genres speak the same language, so there is need to come together and do a show.

Tijan Jaw, Killa Ace’s manager, said Killa Ace and Silky Criss are doing well in hip-hop and dancehall so coming together to do something is positive.