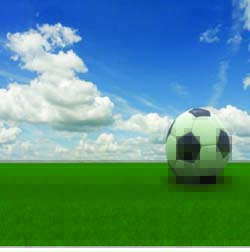 The D9.4 million artificial tuff of the Banjul Sports Committee was laid at the KG5 Mini-stadium in Banjul on 8 December 2010.

Ndongo Camara, the second vice-president of the Banjul Sports Committee (BSC), said he was delighted and impressed with the development, adding that "it is a dream come true".

He commended the Gambian government, Gamworks, Banjul City Council (BCC) and Bala Gaye, Samba Faal, the Mayor of Banjul, Hon. Alagie Sillah, for their support to realise a success project.

He stated that the project involved a lot of money, which was difficult for them to raise.

Camara also revealed that the project would be managed and controlled by a management that has already been set up.

They would not compromise the security of the project because they knew how they suffered to get things happened, he said.

He also said they are working on having a round pavilion project.

He urged the people of Banjul to help them with the rehabilitation of their pavilions and dressing rooms, adding that they as a committee have done their bit.

"Our main concern was the artificial tuff and we have suffered a lot for it; the rehabilitation is not a small process but I guarantee you we will take care of whatever comes out of it," he said.

Ebrima Nyass, assistant secretary-general of the BSC said: "This is the greatest achievement any committee can get."

He also said that they would continue to maintain the tuff for at least ten years, while thanking the executive members of the committee and all the teams that took part in this year’s Banjul Nawetaan.

He reiterated his call on the people of Banjul, both home and abroad, to come to their aid in upgrading other parts of the tuff.

"This is just the first phase of the project; the second phase is yet to come, which is the rehabilitation of the dressing rooms as well as a ten thousand capacity sitter pavilion," he said. 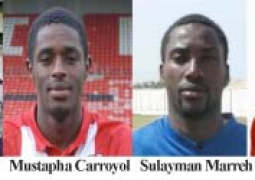