One Sambou Camara, a resident of Brusubi in Kombo North district of the West Coast Region, was recently granted a bail bond of D300,000, by the Banjul Magistrates’ Court presided over by Principal Magistrate Tabally.

The bail condition further stipulated that the surety shall deposit a title deed and a national ID card with the court.

According to the charge sheet on 11 June 2011, at Brusubi, in the Kombo North district of the West Coast Region, the accused, Sambou Camara, was found in possession of 65 kilograms of suspected cannabis sativa and thereby committed an offence. 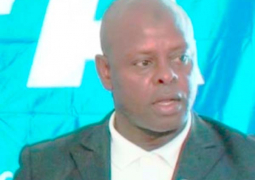