Lamin Touray, a Bundung resident in the , was recently arraigned before Principal Magistrate Frederick Foster of the Bundung Magistrates’ Court, charged with housebreaking.

According to the charge sheet on 21 September 2011, at Bundung, within the , the accused, Lamin Touray, broke the padlock of the house of one Pa Touray and entered into it.

Lamin Touray, who denied the charge, was granted court of D500, with two Gambian sureties with reachable addresses. 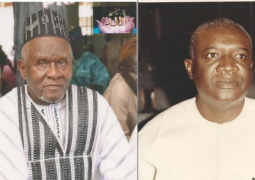 2011 is not an ordinary year - Halifa Sallah