Gunjur, with a population of over 18,000 people, have little access to safe drinking water. The residents use uncovered wells as a source of water which they use for drinking, cooking, laundry and other purposes. This is to be a thing of the past for many residents with the unveiling of a new D185,000 water project.

Speaking at the unveiling ceremony, the secretary general of Gunjur Satay Kafoo, Mr. Lamin Manneh, said it was a pleasure for them as concerned Gambians and Gunjurians for provide safe clean drinking water for the people. He said that the project was sponsored by 27 Gunjurian youths from both home and abroad just for the love of their country and their village. He advised the water committee and the whole community to be watchdogs of the hand pumps.

According to Mr. Manneh, the Kafoo is also funding another project concurrently in Gunjur at the Nyamina football field in conjunction with the Gunjur Youth and Sport Development Association. He said that D185,000 was spent on the water project and D75,750 will go on the football field.

Mr. Manneh further urged the youth of the area to contribute to and take part in the Gunjur Development fund for the betterment of the village.

For his part, the chairman of the Gunjur Water Committee, Mr. Kilim Barrow, thanked the donors for their kind gesture. He called them real patriots and good sons of the land. Mr. Barrow promised that he and his committee will do their best to safeguard the pumps so that they will last a long time if not forever. He urged more young people to get involved in the committee as those currently involved are ageing.

Other speakers at the ceremony included Alhagie Sheikh Saibani Cham from the council of elders, Mr. Ahmed Bojang of Gunjur Satay Kafoo and Mr. Modou Janneh a youth representative. The ceremony was graced by the presence of people from all walks of village life.

Darboe & Co Case: Court to decide whether or not to stay proceedings on counts 5 & 6 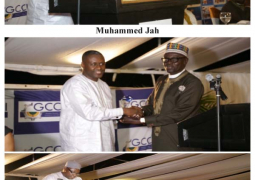 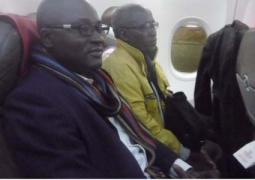