The trio were facing trial under a three-count charge which included conspiracy to carry out a lawful purpose by an unlawful means, giving false information to a public officer, and abuse of office; charges they denied.

The case, which lasted five months, saw the testimonies of several prosecution witnesses, and the tendering of exhibits to challenge the plea of the accused persons.

At the close of the prosecution’s case, the defence filed a no-case-to-answer submission, which was overruled, and the accused persons were called to enter their defence.

All the accused persons testified in their defence, and the 1st accused called additional witnesses in support of his defence.

Both parties later addressed the court orally and adopted their respective address, which culminated in the adjournment of the case to today for judgment.

Lamin AMS Jobarteh, Pa Harry Jammeh, and Dr Njogu L. Bah, were accused in count one that, between January and February 2013, in the Banjul City Council, within the jurisdiction of the court, conspired among themselves to remove Justice Wowo, a sitting Judge of the Court of Appeal of The Gambia by an lawful means, to wit, orchestrating his arrest, detention and mock trial, and thereby committed an offence.

In count two, Lamin AMS Jobarteh, Pa Harry Jammeh, and Dr Njogu L. Bah, were alleged that in January 2013, in the Banjul City Council, within the jurisdiction of the court, with intent to cause the termination of the service of Justice Wowo, fed John Belford (in his capacity as the Judicial Secretary of The Gambia) and the members of the Judicial Service Commission of The Gambia with information to the effect that his Excellency, the President of The Gambia had directed the termination of the appointment of Justice Wowo, knowing the information to be false and thereby committed an offence.

Lamin AMS Jobarteh, Pa Harry Jammeh, and Dr Njogu L. Bah, were further alleged in count three that, between January and February 2013, in the Banjul City Council, within the jurisdiction of the court, whilst in their offices as the Attorney General and Minister of Justice of The Gambia, and Solicitor General of The Gambia, and Secretary General and Head of Civil Service of The Gambia, respectively, abused the authority of their respective offices, by arbitrarily causing the arrest, detention, and termination of the appointment of Justice Wowo, and thereby committed an offence. 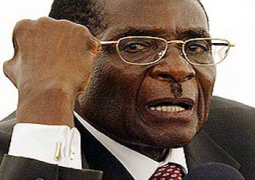 Mandela Finally Speaks out against Mugabe 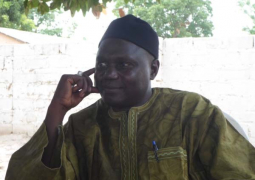 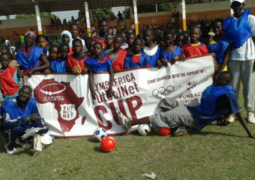