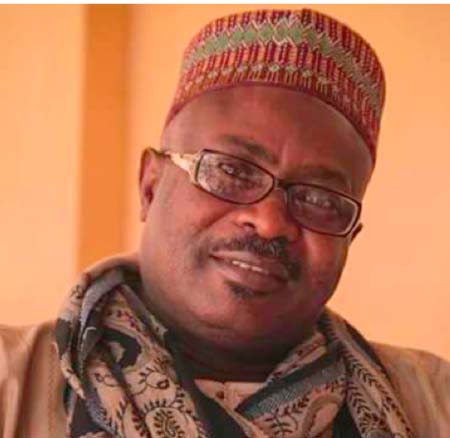 The Gambia has always been known as a peaceful country of rich and diverse cultural heritage. A land of dialogue among ethno-linguistic groups, a land of cultural symbiosis that binds western and eastern (Arabic) cultures merging and blending with the indigenous culture. This cultural pattern could perhaps be best described as the ‘triple heritage’, to borrow the phrase of the late Professor Ali Masrui. This is a land were intermarriages between ethnic and religious groups help strengthen family ties. Culture is not merely singing and dancing as most laymen or even some so-called educated Gambians believe; culture exceeds that. Gambian culture encompasses the whole range of traditional, political, social, religious, artistic, literary and economic values. However, this beautiful and unique culture that earned us the name ‘smiling Coast of Africa’ has been exploitatively eroded and bastardized by former president Yahya Jammeh. He had used the media as a vehicle for misrepresenting our true identity and diverse culture. Our state owned media outlets particularly GRTS both radio and television were utilized as vehicles for promoting only Yahya Jammeh’s image and barbaric agenda of divide and rule to perpetrate his reign. GRTS, instead of uniting us through meaningful, educative and entertaining programs, served as Yahya Jammeh’s platform for insulting our intelligence and tearing our families apart. We have all witnessed family members being used against each other for want of position, material wealth or other gains; thanks to the greed and hypocrisy of some of us, for accepting to be exploitatively used. Our beautiful culture of peace, love and unity has been infected in one way or the other by Yahya Jammeh’s toxic agenda. Now that he is gone, it is time to heal our wounds and continue with our lives. There is therefore the urgent need to give a critical look at ourselves, our culture and how it has been bastardized and misrepresented on the media and the ramifications. Outsiders without background knowledge of who we are, has mistaken us for who we are not based on what they see and hear from GRTS.

Our situation calls for a cultural reorientation program that would not only reconcile families, but help in rebranding our image as a peace loving people of cultural symbiosis who are united in diversity. This could be done through a carefully designed educative and cultural re-orientation program that nurtures reconciliation and unity among us. Therefore the Minister of Culture, policy makers and all duty bearers in the cultural sector of the new Gambia should bear in mind these factors and cleverly design programs aimed at re-branding our cultural identity. Of course the in-put of the media and the education sector respectively in this endeavor cannot be overemphasized.

‘Education’ and ‘culture’ are good bed fellows in the drive to re-orientating or creating awareness in people, but the vehicle for carrying home the message proper is the media. Of recent times, newly coined words like ‘edutainment’ and ‘infotainment’ are used in media circles, thus manifesting how education and culture are intrinsically linked.

Culture is interwoven in every facet of our lives. There is a cultural dimension to education; in-fact there is a cultural dimension to whatever we learn in our schools; be it History, language or even the advanced sciences. If this statement is contextualized, understood and appreciated, then our perception of culture will change from what it is, (ie. singing, drumming and dancing) to what it should be. Central in our pursuit for cultural development is the introduction of cultural education in our school curriculum with a view to inculcating in the hearts and minds of our citizens particularly the youths; that sense of belonging and patriotism, self-esteem, ‘’jom = jomba’’, ‘’ngor’’, unity and brotherhood. The need to preserve and safeguard these intangible cultural virtues that bind us together as a civilized and dignified people cannot be overemphasized.

Such an endeavor is better approached by the two sectors; education and culture respectively whose policies should reflect such ideals. Such a move would add weight to the African Union’s call for African countries to pair ‘Education’ and ‘Culture’ under one ministry so as to nurture in our people a truly unique identity and sense of Pan-Africanism. Reference to our situation, where such a pairing is not feasible due to other factors, I suggest that ‘culture’ be separated from ‘tourism’ and a ministry for culture be created to ensure better performance in the development of Gambian arts and culture. In the event such a proposal, due to budgetary implications is not feasible, then I advise that the Gambia Tourism Board whose main product for marketing and attracting tourists to the Gambia is ‘culture’; be compelled to reciprocate or give back to the ministry’s arm responsible for culture the NCAC, atleast one or two dollars from the ten dollars tourism levy paid by each visiting tourist to the Gambia. Culture in the Gambia has been treated for too long with less respect and consideration, thus classified as an entity that has no significant role in national development. It is regarded by most as a fund-consuming and not a fund-generating entity. Whilst such a notion may be baseless, paradoxically it could be right, because truly culture does not have a role in national development; rather it is ‘development’ that seeks to develop ‘culture’. The success or significance of culture in national development cannot be measured in monetary terms; culture molds the people for society. Once this is understood by all duty bearers in the cultural sector, then we can easily nurture appreciation for our arts and crafts, and as well further improve our cultural repertoire to better showcase our culture. It is when we the Gambians appreciate and embrace our culture that we can attractively showcase it for others to appreciate.

Arts and culture has to do with the inner-self and aesthetics; it must be felt and lived. The approach to realizing such an idea is to ensure that subjects taught in our schools are pedagogically designed to simultaneously inject in the child that sense of belonging that makes him the type of citizen who can be entrusted with the future of his country. There is more to education than academic credentials; it requires good cultural orientation that guarantees good manners and comportment to humanely face social challenges.

To effectively utilize GRTS in this endeavor, there is the need to review their program content and repertoire in order to eliminate or at least minimize mediocrity in program presentations, hence ensure professionalism that would captivate huge viewers.

Cleverly utilize GRTS both radio and television as vehicles for promoting the ideals and developmental aspiration for the new Gambia through strategically designed ‘info-tainment’ and culturally educative programs that would appeal to the psyche of Gambians, particularly the youths to ensure positive cultural reorientation.

Get GRTS and RTS of Senegal to renew collaboration and revive the once popular “Chossani Senegambia” program and utilize the program as vehicle for promoting Senegalo-Gambian relations.

Through diplomatic channels, create a Senegambia Council of Elders whose advises and guidance as wise men of wisdom would help strengthen Senegalo-Gambian relations. This body should be accorded the opportunity to meet both presidents atleast once a year.

This document is not by any means exhaustive; rather it is a skeleton one that seeks to provoke action by the new government to critically look at the pros and cons of the subject matter whilst challenging them to endeavor to right the wrongs of Yahya Jammeh through cultural reorientation programs.

Tijaan Kamara, is a multi-talented artist, creator, administrator and disseminator of arts and culture; a former art teacher, lecturer of Artistic Traditions at the UTG and former Board Chairman, National Centre for Arts and Culture. 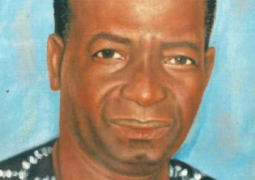