The Country Director for an NGO called Education through Culture and Communication Organisation, ECCO, Mr. Babou Sarr, has said that his organisation started in 1996, based on the understanding that the absence of cultural understanding between peoples or cultural ignorance has been responsible for endangering world peace throughout.

Mr. Sarr revealed this last Sunday during an exclusive interview with Entertainment at his Bajulinding residence.

If people do not understand each other’s cultures, in most cases, the end result is misunderstanding each other which means trouble, he said.

ECCO is operating in the field of culture based on the belief that promoting cultural understanding is good for peace.

According to Mr. Sarr, "if you are cultured, you can be disciplined, approachable and you will know what to do, and how to do it."

Mr. Sarr believes that if people can understand and appreciates each other’s culture, there would be lasting peace and sustainable world peace.

He said his organisation works with cultural students from Denmark, Norway, Holland, Sweden and UK.

Each year, they trained 300 cultural students from these countries, starting in 1996. The students learn about Gambian cultures and music.

Mr. Sarr informed Entertainment that 60 young Gambians are working in all the three camps. At Berefet, there are 24 youths, Njawara 18 and Tumani Tenda 18, and it was the communities that selected these young people to manage the camps for them. The cultural camps were established with the full participation and ownership of the communities, which provided the land and materials locally available. ECCO provide materials that were not locally available.

Mr. Sarr announced that in November 2010, ECCO would gather thousands of Gambian children at the Independence Stadium to stage a cultural event for the kids.

According to Mr. Sarr, eco-tourism or cultural tourism takes care of the eco-system, adding that people also learn to preserve their environment in a better way.

He finally thanked Minister of Tourism and Culture, Mrs. Fatou Mass Jobe-Njie, and her entire Ministry for their help to his organisation. 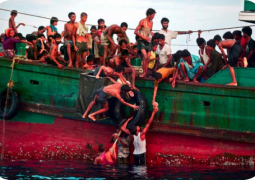