2 freed for burglary and stealing

Daniel Sanyang and Lamin Fofana were Monday acquitted and discharged by Magistrate Nyima Samateh of the Brikama Magistrates’ Court for allegedly breaking into a dwelling house, attempting to commit a felony and stealing.

The particulars of offence stated that the two accused persons on 26 August 2010, at Lamin Village in Kombo North, West Coast Region, broke into the house of one Ola Touray with intent to commit a felony and thereby committed an offence

Count 2 stated that on the same day, month, year and at the same village, they stole items valued at D334,312.

Delivering her judgement, the trial magistrate told the court that the accused persons were standing trial for two counts which they both denied when it was read to them.

According to the magistrate, in the testimony of the prosecution witnesses, none of them mentioned the 1st accused person’s name.

She also said none of the prosecution witnesses made clear to the court that the accused person jumped over the fence and broke into the house of the complainant and stole the items.

“I therefore acquit and discharge the accused persons on both counts,” the magistrate declared. 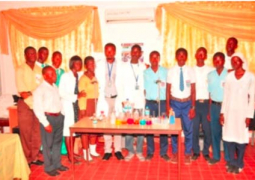