Dr. Jobe, who was presenting NARI’s technical and financial reports 2011 before members of the Public Accounts/Enterprises Committee session under way at the Assembly chambers in Banjul, said the 2011 cropping season was characterised by late start, poor distribution and late cessation of rains, resulting in a 70 percent crop failure.

He told members of the committees that, in 2011, NARI also mobilised substantial funding amounting to D5, 452, 127.07 from external sources such as international research centres and other donor institutions and other organisations through competitive research grants and collaborative project ventures.

Prominent among the projects launched in 2011, he went on, were namely, the rice post-harvest handling, marketing and the development of new rice-based products; sustainable intensification of integrated crop-small ruminant production systems in West Africa and West Africa Agricultural Productivity Program.

“Agricultural research as a cost effective investment is crucial in the attainment of food and nutrition security, poverty reduction and improved livelihoods, because profitable technology developed by research induces subsequent investments in productivity enhancing goods and services,” he explained.

According to him, NARI in 2011 through its research and development division, which comprises five commodity and six discipline-based programs, carried out numerous activities in executing its mandate of generating and disseminating technologies and information for the enhancement of agricultural productivity and natural resource management.

Commenting on the institute’s financial status and management, Dr Jobe revealed that the subvention and development allocations from government through the Gambia Local Fund (GLF) continued to be the main source of financing for NARI.

“Until the year 2005, the allocation of fund from the GLF source to NARI was very healthy and were able to sustained its fixed cost albeit regular increases in personnel and vehicle operation, where large proportion of the funds were being spent,” he narrated.

The year 2006, he went further, was however a turning point for the Institute as funding from the Highly Indebted Poor Countries (HIPC) Initiative came to an end.

“This situation made NARI to be dependent mainly on its subvention and development fund, which was not sufficient to cover both its fixed and variable costs,” Dr Jobe added.

Members of the committees finally adopted the NARI report. 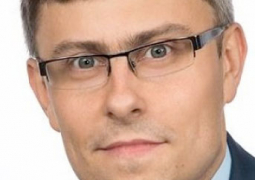 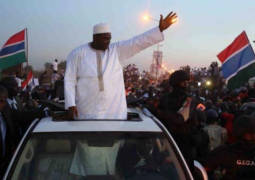