The case of criminal trespass involving one Yaya Bojang was recently mentioned at the Brikama Magistrates’ Court before Magistrate Babucarr Secka.

Yaya Bojang denied the charge and was granted court bail of D5,000 with a Gambian surety.

According to the particulars of offence, the accused, Yaya Bojang, in April 2011, at Brikama Kabafita, entered into the property of one Ansumana Bojang with intent to intimidate or annoy him. 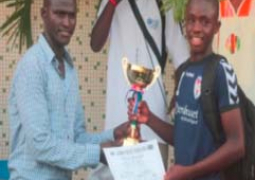 Woman found dead in her room