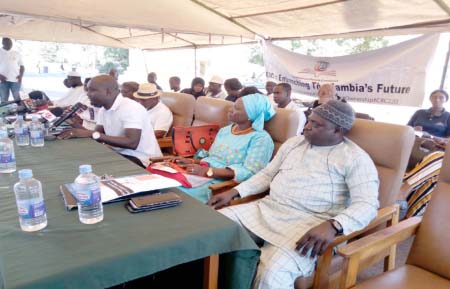 Lawyer Hawa Sissay Sabally, the vice chairperson of the Constitutional Review Commission (CRC) has explained absence of the much talked about ‘secularism’ in the Draft Constitution, reminding that secularism was not even in the country’s previous constitutions.

“The Draft Constitution recognises and appreciates our values as a people of diversity, collectively declares and affirms our duties and responsibilities as citizens of The Gambia and our love and commitment to each other to foster and promote national unity, cohesion and peace.”

The veteran lawyer was speaking over the weekend in Banjul as members of the CRC began a countrywide tour after releasing the first Draft Constitution last month. The commission is seeking to afford Gambians another opportunity to propose recommendations for incorporation into the final draft constitution.

“It also affirms that every person in The Gambia, whatever his or race, ethnicity, colour, creed, gender, language, religion, disability, political or other opinion, national or social origin, property, birth or other status shall be entitled to the fundamental rights and freedoms of the individual contained in that chapter, but subject to respect for the rights and freedoms of others and for the public interest,” Ms. Sabally explained.

On the issues of freedom of conscience, she said that the constitution clearly indicated that every person has the right to freedom of conscience, religion, thought, belief and opinion, every person has the right, either individually or in community with others, in public or in private, to manifest and practise any religion or belief and that a person not be compelled to act, or engage in any act, that is contrary to the person’s belief or religion.

However, if your suggestion is that it should be included in the constitution you could write to the CRC so that when we are writing the final draft we will look at it. “But to make it clear, the issue of secular was not in our previous constitution.”

Justice Cherno Sulayman Jallow, the chairman of CRC underscored the significance of the forum, adding that it’s meant to give an opportunity to the people of Banjul to critically look at the draft constitution with a view to enabling them contribute before the submission of the final draft.

“I want Gambians to critically look at the draft constitution so that they can understand it. If you think something is in the Draft Constitution and should not be included, your opinions are welcome or there is something that you think needs to be included in the final draft.”

Louis N. Mendy and Moses Sonko urged the CRC members to revisit the Draft Constitution and ensure that secularism is included in the final draft.

Meanwhile, Muhammed Hassan Loum commended the CRC for what he called their ‘brilliant’ job, concurring that secularism has never been in the previous constitutions. 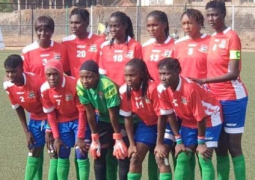 Gambia bounces back after emphatic win over Guinea Bissau