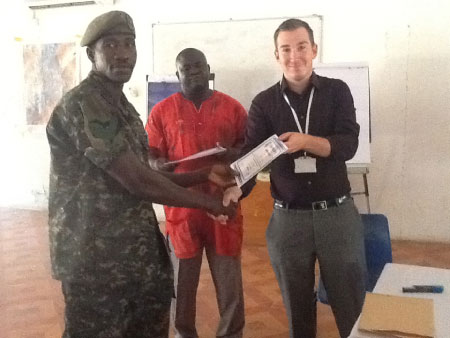 The training seeks to boost the morale of security apparatus operating in child protection area to learn new skills in identifying and recognising child exploitation, as well as learning techniques to combat crimes against vulnerable children.

Speaking at the ceremony, Mr. David Morley, the British High Commissioner to The Gambia, hailed CPA for coming up with such an initiative.

According to him, equipping stakeholders responsible for maintaining peaceful and cohesive society is a step in the right direction.

He used the opportunity to congratulate awardees for their participation in the programme.

“I implore you to put all what has been learnt to best practices in the interest of Gambian children,” he said.

Commenting during the award ceremony, High Commissioner Morley said: “I congratulate all of you for giving up your time and for participating so actively in these trainings.  These issues can sometimes be difficult to discuss, but open and honest dialogue are essential in combating crimes against children and ensuring The Gambia remains a safe place for young and vulnerable children to grow up.”

Ms Musukuta Badjie, the Programme Officer at the CPA revealed that last year, CPA Child received a sum of £5,000 from the British High Commission in Banjul, to help train police officers, immigration officers and social workers in techniques designed to detect child abuse.

The funding secured from the same source was also meant to help train 15 staff members in running and operating The Gambia’s child helpline, as well as further educating Gambian tour operators about the ‘Tourism Code of Conduct’.

According to her, since then several trainings have been successfully conducted by the CPA, including the just concluded one.

It is expected that these trainings would go a long way towards addressing child protection issues in The Gambia. 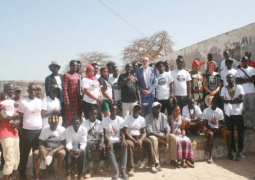