Professor Khalid told the court the death of the deceased was caused by a shock, as a result of the fracture on his neck, further stating that it was also possible that the act of putting his neck in the small hole on the wall caused the fracture on the neck.

He said it could also be possible by twisting the neck of the deceased.

Under cross-examination, he told the court the cause of the death of the deceased was a shock, adding that the superficial wound, the injuries, and multiple wounds on the face, and looking at the picture, he suggested that some violence was carried out on the deceased.

The case continues on 25 February 2013, for address by both sides. 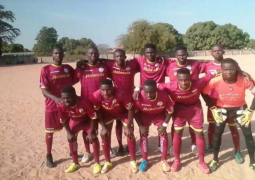