Magistrate Tabally of the Kanifing Magistrates’ Court on 7 May 2014 dismissed a motion for a stay of execution filed by Gambia National Lottery against a judgement delivered on 16 January 2014, in favour of one Alagie Ngum, pending an appeal at the High Court.

He stated that the learned counsel for Alagie Ngum, judgement creditor, submitted that the application was incompetent and hopelessly out of time.

He posited that the plaintiff’s counsel stated that the judgement had been entered about three months ago, and the application was only filed on 20 March 2014.

Magistrate Tabally said the plaintiff’s counsel contended that the application was merely a ploy to deprive the judgement creditor the fruit of his judgement, and urged the court to dismiss the motion with cost.

The counsel for Gambia National Lottery stated that the magistrate submitted that the preliminary objection was misconceived in that the impugned judgement was not on the merits, it was a default judgement.

Magistrate Tabally posited that the counsel further contended, although the judgement was entered on 16 January 2014, that the applicant only became aware of it on 20 March 2014, when they immediately filed the application.

He said the counsel stated that the high court rules referred to by the plaintiff’s counsel did not affect default judgements.

Magistrate Tabally adduced that he had carefully considered the submission of both sides, and he was of the considered view that the judgement debtor and applicant, having been aware of a pending action against them, could now claim they became aware of a judgement after three months.

He said it behoved on a party in any proceedings to be vigilant at all times to know when his or her case was coming up.

He said he agreed with the counsel for the plaintiff that the motion was not filed within a reasonable time to merit the consideration of the court.

He then upheld the preliminary objection made by the plaintiff’s counsel, and dismissed the motion dated 20 March 2014. 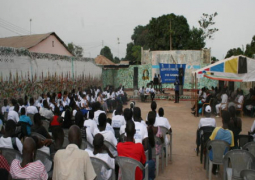