Magistrate Ngube of the Kanifing Magistrates’ Court on 24 October 2011, ruled against Lamin Bojang, former Minister of Works, Construction and Infrastructure, whose lawyer had filed a motion for the court to strike out a case instituted by Assan Bojang, plaintiff.

In his ruling, Magistrate Ngube told the court that the defendant had filed a motion for the court to strike out the suit for lack of jurisdiction, as the power of attorney granted to the plaintiff was totally defective.

He stated that the motion also mentioned that an order should be made dismissing the suit for non-compliance with the order of the High Court for the trial of the earlier suit.

He said that at the hearing of the application, the defendant through his counsel relied on all the paragraphs of the affidavit together with its two exhibits, and counsel for the defendant further canvassed arguments in support of the motion and urged the court to grant the application.

The magistrate in his ruling added that the plaintiff, on the other hand, filed a 10-paragraph affidavit in opposition, and through his counsel also made oral arguments opposing the grant of the reliefs sought by the defendant, and urged the court to dismiss the application with heavy costs.

Magistrate Ngube said he had also carefully listened to the oral arguments of the counsel for the parties, and would proceed to determine the prayers in the order they appeared in the motion paper.

He said that on the issue of a defective affidavit, he would note that an objection was raised in the course of these proceedings on the admissibility of the power of attorney and was overruled.

He said he would, therefore, not revisit the issue.

However, he added, he found it appropriate to state that the signatures of the plaintiff contested by the defendant were not disowned by their owners.

“There is no law prohibiting a party from signing documents differently. As to the fact of authors having signed the power of attorney outside Banjul where it was authenticated, I will state that those details are within the realm of the authority of the notary public,” he told the court.

He said he declined to submit to speculation because the High Court judgment alluded to in the evidence and by the defendant’s counsel was not before the court to clarify the issue in dispute.

In summary, he stated, he found the application of the defendant without merit and dismissed it with costs of D3,000. 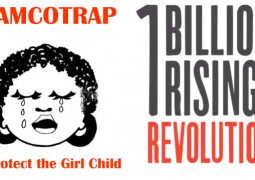 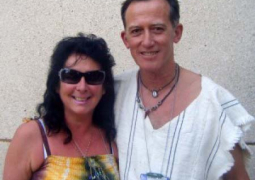