Court rejects request for witness to expose his body

The Special Criminal Court in Banjul yesterday rejected a request by the defence counsel for one Bakary Baldeh, a prosecution witness, to expose his body for the court to examine his alleged torture while in state custody.

The defence counsel made the request during the cross-examination of the prosecution’s first witness, Bakary Baldeh, a commissioner of oaths, in the criminal trial involving UDP national treasurer Amadou Sanneh.

Delivering the ruling, Justice Nkea stated that the issue before him was “an issue of grave significance in criminal jurisprudence: the restraints the court must observe consistent with the Constitution in conducting criminal trials.

“More specifically”, he added, “we deal with the possibility of eliciting evidence by the courts examination of parts of the body of a witness, who had been subjected to custodial police interrogation and the necessity for procedures which assure that the individual is accorded his full dignity as a human being”.

“This court dealt with certain aspects of this problem before in the case of The State vs Ensa Badjie where the accused elected to expose parts of his body to the court, for the court to examine same with a view to establish the allegation of torture.

“There, as in the other cases cited by the defence, the witnesses were all accused persons eliciting evidence in their defence before the court, and the courts allowed them to do so,” the judge added.

However, he said this case presented a new challenge; that of asking a prosecution witness to expose parts of his body for the court’s examination.

While reaffirming the decision taken in the Ensa Badjie case, and the principles it announced, Justice Nkea went on to state that “this court holds that the prohibition of torture and inhuman degrading treatment under Section 21 of the Constitution is not limited to the acts of torture and cruelty”, but that outrages upon personal dignity, in particular humiliating and embrassasing practices, will also constitute degrading treatment,” he added.

The judge further stated that this right to human dignity, “which has had such a long and expansive historical recognition in our constitutional history”, guarantees to the individual the right not to be subjected to any embarrassing, or undignified treatment, unless he chooses to do otherwise in the unfettered exercise of his own will.

“And it would be improper and un-dignifying if the court were to compel or ask anybody, including PW1 who is aged 67, to expose parts of his body to the court.

“From the totality of evidence now before the court, especially the evidence of PW1, it seems to me that, the application by the defence is inherently embarrassing and works to undermine the dignity of the person of PW1. And for these reasons, I hold therefore, that a person may not be compelled to expose parts of his body to the court in ways that would otherwise deprive him of his freedom to do so, unless it is meant to enhance his own rights,” he added.

Justice Nkea continued: “I have carefully gone through entire evidence of PW1 on record; he never raised the issue of torture in his testimony. And it is not the case of PW1 that he was tortured at the NIA. His evidence did not have any direct adverse implication on the 3rd accused person to insinuate that he could be a tainted witness for the state against the 3rd accused,” added the judge.

Justice Nkea went further to ruled that even as there was generally no limit to the questions that could be asked during cross-examination, the new trend in criminal practice was to limit question only on matter that are relevant to the facts in issue or which seeks to introduce a fresh issue in the defence of the adverse party’s case.

“Even if it were to be imagined that the defence intends to rely on this as their defence in this matter, I do not see how they can seek to compel PW1 expose parts of his body to the court. I say so because every court has the inherent duty to ensure that anybody who appears before it; whether as a prosecution witness or as an accused person, is given the adequate reverence of dignity required for a human being,” he said.

“In view of the foregoing, I am of the view that the request for PW1 to expose parts of his body to the court would not be proper and prudent in the circumstance, and I overrule that request,” he declared.

PW1, Bakary Baldeh, then continued his testimony under cross-examination, and told the court that during his detention at the NIA, he was interviewed and paraded on GRTS.

“I cannot remember the number of days I had spent in detention before I was paraded on GRTS, because I did not watch that episode. I was told by my family members,” the 67-year-old man told the court.

“I was also told that the 3rd accused, Mr Amadou Sanneh, was also paraded,” he said, adding that at the time of his parade, he was not charged to court.

“We were told by our custodian that we will be paraded on GRTS,” Mr Baldeh added.

He further told the court that on Wednesday, when he was leaving the courtroom, he was escorted by two NIA officers, but later took a vehicle and went home.

“I am fit and healthy, it’s just that I am ageing. I would not want to remove my shirt and show my back to the court. Personally, I was not subjected to any torture,” he stated.

The case continues on Monday 11.

Addressing the issue of indiscipline in our schools! 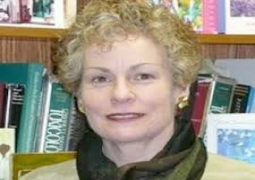