One Landing Jatta, the Alkalo of Bunuborr Village, who is currently serving a three-month jail term for being in possession of fire arms without authority was yesterday Wednesday 8th July 2009, re-arraigned at the Brikama Magistrates' Court before Magistrate Mahoney, to answer to two other count charges which were still pending.

The counts range from setting fire to and malicious damages to property.

However, Prosecuting Officer Kolley told the court that he wanted to make an application for his witness to appear in court.

At this point he said he was applying for a subpoena, adding that one of the witnesses in the case is a State Guard military officer at Kanilai, named Sherifo Gibba and another Salifu Jarjue, a resident of .

The application was granted by Magistrate Mahoney, who ordered the witnesses to be served.  Sherifo Gibba and Salifu Jarjue are both supposed to appear in court on the next adjourned day 20th July 2009.

UDP calls on President not to assent to Elections Act amendment 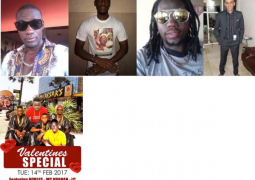