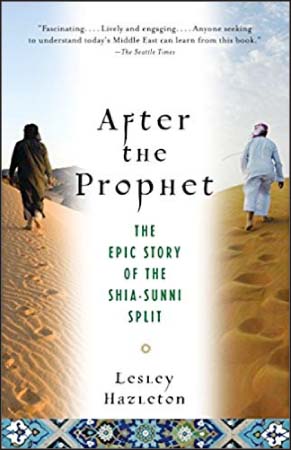 Before it was just plain ‘Muslim’, but we now live in era where the words ‘Sunni’ and ‘Shia’ are bombarded at us from every direction, whether we belong to the religion of Islam or not. The lay person is now asking what the difference is and why they seem to be at war with each other. Those of us who have grown up in the faith or are a part of the faith are well aware of the differences between both sects. However, when explaining these issues to the people asking the questions, many just don’t understand how events in the past could lead to what is going on today.

“They told different versions of the same story, disagreeing not on what had taken place in the seventh century but on what it meant.”

Enter Lesley Hazleton’s book, which aims to provide a purely historical context, sprinkled with some theology, on the root cause of the schism between Sunni and Shia and how it permeates the whole world. It is imperative for the readers of this book to remember this isn’t a polemical discussion attempting to persuade you one side is correct. Whether you are a Muslim or not, the book is a pure historical narrative of what happened after the death of Prophet Muhammad (peace be upon him). Hazleton empathises with how muddy this topic can be due to the fact that both schools of thought affirm/deny certain historical events but does her best to bring both sides together. Predominantly though, these are her conclusions on this part of history.

Let us first get one thing straight – if you are a Sunni or Shia Muslim, there will be plenty of parts of the book you will not agree with, be it the claims it makes about the Islamic history or theology of each group (e.g. the Sunni reader may not welcome how Hazleton narrates the ‘Incident of the Door’; the Shia reader may not take kindly to how Hazleton claims Imam Hassan (peace be upon him) could not forgive Imam Ali (peace be upon him) for betraying his principles by warring at Siffin). That said, Hazleton has clearly done her research, as the bibliography indicates, and uses a breadth of credible sources in her writing. One should not have any qualms in using this book as an academic source because it is excellently referenced.

The book is split into three chapters named simply after the three primary figures the Shia-Sunni split revolves around:

Interestingly, and maybe controversially, the common theme running through each of the chapters is Ayesha, one of the wives of Prophet Muhammad (peace be upon him and his family), who Hazleton seems to be completely fascinated with. Hazleton is able to really explore the psychology of Ayesha and gives an excellent insight into her character and her controversial actions. The same in-depth analysis is also given to Muawiya where the reader is able to really understand his cunning nature and ongoing feud with Imam Ali (peace be upon him).

“Charming she must have been, and sassy she definitely was. Sometimes, though, the charm wears thin, at least to the modern ear. The stories Aisha later told of her marriage were intended to show her influence and spiritedness, but there is often a definite edge to them, a sense of a young woman not to be crossed or denied”

The beauty of the book lies in how Hazleton is able to transport the reader to this epoch of Islam. She writes in such a way where you feel you are standing in the middle of each pivotal event of Islam and experiencing them using all five senses. The way she describes the ‘Pen & Paper Incident’, the reader feels they are standing next to the bed of Prophet Muhammad (peace be upon him and his family) witnessing the heated argument. When she describes the ‘Battle of the Camel’, one feels they are on the battlefield witnessing the turmoil of Muslims at war with each other.

The strongest aspect of the book may be seen as its downfall by some (Shia Muslims in particular). Many traditional Shia Muslims have been raised to believe the family of Prophet Muhammad (peace be upon them all) were these celestial beings on earth who always performed miracles and were ‘superhuman’. Although this may not be entirely inaccurate, such people may find it uncomfortable reading to see the family of Prophet Muhammad (peace be upon them all) portrayed simply as human beings with emotions, desires and feelings like us, rather than on a lofty pedestal. Yes, they are acknowledged as having excellent morals and principles but are ultimately flawed heroes. Although Shias should reject such a take on the family of the Prophet (peace be upon them) it is still absolutely fascinating to see them portrayed as ‘humans’ as it is a perspective that is neglected in Muslim circles.

“Yet it is also an altogether human scene. Everyone so concerned, everyone crowded around, trying to protect Muhammad from the importuning of others, to ease life for a mortally ill man. They were all, it seemed, doing their best. But as their voices rose in debate over the pros and cons of calling for pen and paper, the terrible sensitivity to noise overtook Muhammad again.”

Lesley Hazleton may not be a Muslim but she is well qualified to write this book when looking at her credentials and her wonderful talks on various platforms where she discusses Islam; in the book she mentions narrations and traditions that Muslims may not have heard of before, so even those who think they know all there is to know about the Shia-Sunni split will learn something new. One really hopes that Muslims who read this book do not reduce its validity because it was written by a non-Muslim; she demonstrates more knowledge than many Muslims.

“If Ali was the foundation figure of Shia Islam, Hussein was to become its sacrificial icon. The story of what happened to him once he reached Iraq would become the Passion story of Shiism—its emotional and spiritual core.”

What is amazing is how she ‘gets’ it. She ‘gets’ why events 1400 years ago are still shaping the actions of people today. She ‘gets’ the emotion underpinning the Shia-Sunni split whereas others brush it off as merely ‘history’ or ‘politics’. Perhaps, most importantly, she ‘gets’ Karbala. Her discussion on how Imam Hussain’s tragedy is used for internal and external revolution will have resonance with Shia readers; the book even opens with a narrative of the bomb-blast in Karbala in 2004 on the day of Ashura and later on she details the events of Ashura itself which will bring tears to the eyes of those who hold Imam Hussain dear to their hearts.

If you are a Muslim who is bored of the Shia-Sunni debate, it may refresh you after reading this from a unique perspective. If you are not a Muslim, it is an excellent starting point to understand the context of why certain events are taking place in the world today. However, it may be beneficial to then speak to members of the Sunni and Shia community to further expand on what is in the book. Excellently written with some striking quotables and vivid imagery, perhaps the book is not a ‘must-read’ but it certainly is one you should read. 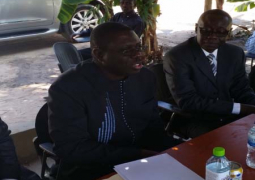 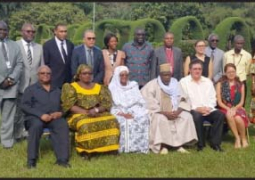