We would like to congratulate all our people for electing new parliamentarians, in a spirit of peace, harmony and love, save for some snag in the heat onto the voting day.

We also congratulate those elected and are hoping that they do what is expected of them.

The electorate would really expect them to look at the people’s socio-economic lives, to pressure the government of the day to build roads, electricity and water supply, to improve the health, education and communication sectors, among other key areas of national development.

We know the current regime is facing serious financial constraints, as it has been reported that government coffers “are virtually empty” since former President Jammeh was alleged to have embezzled 82 million Euros from the state coffers.

We are also expecting the new parliamentarians to act on behalf of the people that elected them and not to be rubberstamp.

There are some important draconian laws which are not in conformity with our democratic principles.

The just concluded parliamentary election, with the new Gambia, has paved the way to strengthen our democracy. Each and every political party should have measured its weight by now and their leaders should be prepared to work hard for the people to ensure political maturity, social cohesion and economic growth and development in The Gambia. This is why they have been elected by the people and not to turn out to be lords over them, or in other words ‘gold diggers’, feeding like vampires on state resources to the detriment of national development.

Politicians need political base and structures, as well as to act in accordance with the law. It is not merely during campaign, when vote is needed, that politicians should try to be or reach out to the people.

The APRC was annihilated in the elections because former President Jammeh was accused of human rights abuse, such as killing people and embezzling public funds. This has contributed enormously to the downfall of the APRC party.

The success of the United Democratic Party (UDP) in becoming now the largest political party is as a result of the fact that their leader, Ousainou Darboe, and his party members and supporters made a lot of sacrifices including challenging the former regime to bringing about political reforms and stopping human rights abuse.

We also commend the Chairman of the Independent Electoral Commission, Alieu Momarr Njai, and his team for a job well done in both the presidential and parliamentary elections, as this time around, all the results of the National Assembly elections were announced within 24 hours. This has put The Gambia on the map again and projected its democratic pattern and electoral system as a case study for other African countries to emulate.

Now that elections have passed, the new government in the new Gambia should work hard to deliver the goods and live up to expectations. They should try to encourage more investors into the country to have in place lucrative investments that would create more jobs. The government should also try its level best to solving the country’s energy challenge.

Government funds should also be used in the right direction, even as it sets up a commission of enquiry to rectify the misdeed of Yahya Jammeh.

On the other hand, it is natural to note that things would not be rosy at the initial stage of steering state affairs, especially considering the circumstances leading to the new dispensation.

Therefore people should also be patient, give their support and advice; rather than criticizing without objectivity.

Let’s work and pray for peace, national unity and reconciliation, as the AU and UN said over the weekend.

The special representative of the UN Secretary-General for West Africa and the Sahel, Dr Mohamed Ibn Chambas, has urged all Gambians, especially stakeholders in the political realm, to put the national interests above all other considerations. This should be the spirit and focus of all Gambians as the Barrow government moves ahead with the national reform agenda, responding to the legitimate expectations of the people.

The AUEOM has also called on the government to focus on national reconciliation in view of the events of December 2016 to January 2017.

It encourages the people of The Gambia to tow the path of peaceful coexistence with respect for religious, ethnic and political differences. 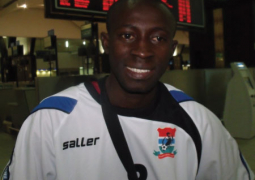