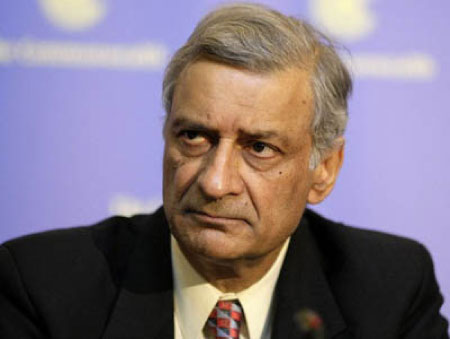 At the end of a two-day visit by the Secretary General of the Commonwealth, the government and the Commonwealth Secretariat have agreed to cooperate on five areas, key among which is the establishment of the human rights and media commissions.

Kamalesh Sharma, who was in to among others deepen The Gambia’s engagement with the Commonwealth, especially in institutional strengthening, made this revelation yesterday at the Kairaba Beach Hotel where he addressed journalists at a press conference.

Below we reproduce the full text of the statement read by the Commonwealth Secretary General:

This has been an important visit because the Commonwealth has entered a new chapter in its history of reform and renewal, and The Gambia is a highly valued member with much to contribute and much to benefit in this new era.

This has also been the first visit to The Gambia by the Commonwealth Secretary-General in eight years. I had the pleasure of meeting His Excellency the President, Sheikh Professor Al Haji Dr Yahya JJ Jammeh, in Addis Ababa ahead of my visit and such high level contact is both valuable and appreciated, so that The Gambia’s needs can continue to be supported by the family of Commonwealth governments, non-governmental organisations and professional associations.

At the last Commonwealth Heads of Government Meeting, in in October 2011 – The Gambia being represented by the distinguished Vice-President, Her Excellency Aja Dr Isatou Njie Saidy – the leaders agreed that 95 recommendations for reform should be advanced.

Half of those recommendations are already on track to being implemented and the other half are to be considered by a special Ministerial Task Force in June before decisions are taken by all member governments in September.

The essence of these reforms is two-fold: first, to sharpen the impact, strengthen the networks, and raise the profile of the Commonwealth; secondly, to work more positively and intensively with all member governments to achieve greater practical commitment to our shared 2009 Affirmation of Commonwealth Values and Principles, which builds on the Harare Principles and other earlier Commonwealth declarations.

The Affirmation includes a strong commitment to our shared values of democracy, development, and respect for diversity, as well as to our principles including inclusiveness and transparency.

The Commonwealth’s history is rooted in its opposition to discrimination on any grounds, as well as the importance it attaches to equality, and these are undertakings by us all collectively and for us all individually.

The Commonwealth is also an association of both governments and peoples: democracy therefore is not only a matter of well-functioning institutions of state and the balanced separation of powers, but also a people-based culture in which all strands of opinion can be heard.

Every one of the Commonwealth’s 54 member countries is on its own national path of progress towards a stronger practical commitment to our values and principles.

The reformed and renewed Commonwealth is reflected in the stronger mandate given to the Commonwealth Ministerial Action Group (CMAG), which is the guardian of our fundamental political values including democracy, the rule of law and human rights.

The CMAG is now expected by Heads of Government collectively to take a positive interest in democratic constitutional government, as well as such matters as the independence of the judiciary, and the ability of the media, all political actors and civil society to express themselves freely and responsibly.

During my visit, I have had meetings with the Vice-President, Her Excellency Aja Dr Isatou Njie Saidy, as well as the Ministers of Foreign Affairs; Youth and Sports; Fisheries, Water Resources and National Assembly Matters; Forestry and Environment; Higher Education; and, Justice as well as senior officials of a wide number of Government Ministries.

I have also met the Acting Chair of the Independent Electoral Commission (IEC); representatives of opposition political parties; the diplomatic community; the UNDP and the media. All concerned were very generous with their time, and I am extremely grateful.

Our discussions covered many areas of the Commonwealth as a trusted and collaborative partner, and the contribution it can make to both value creation and wealth creation, as I have mentioned.

We also had very productive discussions about issues that are fundamental to the future development and prosperity of The Gambia, including Commonwealth support for trade; a stronger, better trained, and more effective public service; opportunities for youth enterprise; and, ensuring that women have every possible opportunity to participate as leaders of change, growth and opportunity in society.

An important part of my visit has been to follow up on two recent Commonwealth observer missions, following the Presidential election in 2011 and the Parliamentary elections earlier this year. Both reports indicated room for improvement, and it has been encouraging to see that progress has been achieved for which The Gambia is to be congratulated.

The Commonwealth stands ready to assist in implementing recommendations made by our election observers. We welcome the commitment of the IEC to participate actively in the meeting of the Commonwealth Elections Network.

A highlight of my visit has been the new elements in the Commonwealth’s engagement with The Gambia which we have identified together. The Commonwealth is committed to making a practical difference for all Gambians in partnership with the Government of The Gambia.

1.We have agreed to help establish a Human Rights Commission. A Commonwealth Secretariat team will be in next month to take this forward.

2.We have agreed to continue collaboration in the establishment of an Anti-Corruption Commission.

3.We have agreed to renew efforts to help establish a Media Commission and to provide training and advice in order to strengthen the professional capacity and responsibilities of journalists, and to widen the field for private media.

4.We have agreed to help further in the Judiciary, including the establishment of a Human Rights Division and institutional support for the Judicial Services Commission and the Judicial Education Institute.

5.We have agreed to develop a new programme of human rights training for the Police.

These initiatives are additional to existing support. The is a major beneficiary of assistance under the Commonwealth Fund for Technical Assistance (CFTC).

This includes ongoing assistance through national projects for public debt management; training of public servants (at a rate of approximately 50 per annum); supporting the capacity of the Management Development Institute; supporting moves towards decentralisation and local government and democracy; the development of a national export strategy; and, the provision of a judge and two prosecutors.

There is also ongoing support for The Gambia through regional and other programmes in areas such as anti-money laundering and anti-terrorism financing; trade capacity-building; strengthening standards of teachers; gender sensitive budgeting and investment; and, combating non-communicable diseases.

For example, The Gambia recently presented a paper on the current landscape of women and leadership in which will have a significant impact at the pan-Commonwealth level as we work to strengthen the voice and role of women across our membership.

I look forward to visiting The Gambia again, and meanwhile remain committed on behalf of the Commonwealth in supporting practically the Government’s efforts on its path to democracy and development for all Gambians. 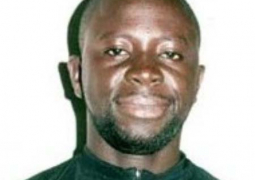