The case file involving the commissioner general of the Gambia Revenue Authority (GRA) Bakary Sanyang and 13 others was still with the Attorney General Chambers, and was not yet ready, the Banjul Magistrates’ Court was told yesterday.

They are charged with 14 counts of neglect of official duty, perjury, making false and misleading statement, defraud of the government tax revenue, economic crime and uttering false documents.

When the case was called, the prosecuting officer, Superintendent Joof, told the court that the prosecution was applying for an adjournment on the grounds that the case file was not ready and was still with the Attorney General’s Chambers.

Based on that, the prosecution was applying for an adjournment, Joof added.

Responding to the prosecution’s application for an adjournment, defence counsel Bittaye told the court he was applying for two-week adjournment, for the prosecution to put their house in order, so that he could file a stay of proceedings on behalf of the 6th accused person.

The case was subsequently adjourned till 25 June 2012, for hearing. 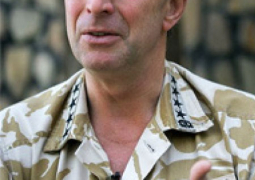