Lamin Fofana , Head Coach of Lamin FC has expressed his disappointment with the overall performance of his team following their 4-1 thumping in the hands of the promoted GPA in the last games that saw them sealed a top spot in the lower league of the GFA second division league.

Coach Fofana disclosed that his team failed to play as a team that was why his side lost heavily to GPA .He adduced that they will go back home and rectify their mistakes and prepare well for next season.

He added that he and his technicians will use all efforts to make sure the team is promoted to the country's top flight come 2009-10 GFA second division league championship.

He hailed his players and the management of the team for their hard work, commitment and dedication during the course of the league and challenged them to keep up the momentum. 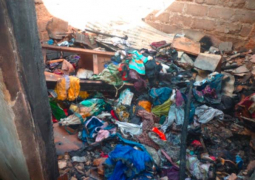