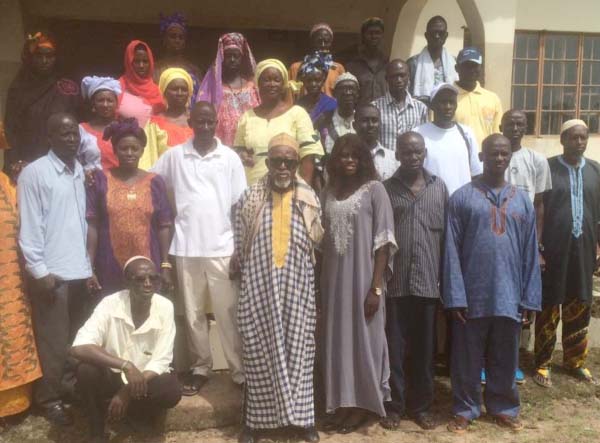 National Council for Civic Education (NCCE) on 6 October 2015 kick-started the second phase of training for Village Development Committees (VDCs) on the theme: “Decentralization, Local Administration and the Local Government Act 2002”.

Two hundred VDCs from fifty communities in North Bank Region are to be trained on the above-mentioned topic over time.

The training, which is in line with the institution’s unwavering efforts to fulfil their constitutional mandate, commenced in Berending, NBR, where VDCs from 5 communities in Lower Nuimi District underwent the training.

The first phase of the training covered 50 communities in Lower River Region.

According to the Local Government Act, every village in the country should have a VDC, she said, adding that the VDCs should be the bodies responsible for programme implementation, development and management of the resources at village levels.

Ms Bittaye stated that VDCs are established by law but most of the time people have misunderstanding and sometimes conflicts arise between the role of VDCs and that of the Alkalolou over structures existing in villages.

It is important for them to train VDCs since they are important Local government structures existing for the development of villages, and the Alkalolou as heads of villages, she also said.

“Sometimes members of VDCs do not even know why they are on such committees or representing their ‘kabilos’ and as such the training is important for them,” she said. “It is important to gather VDCs and clear all misunderstandings or issues that might arise between them and the Alkalolou in the villages.”

Fa Bakary Nana Sonko, Chief of Lower Nuimi, in his opening statement, said they were pleased to gather in the interest of national development, adding: “The nation belongs to all of us and as such we should all work for its development.”

He urged all and sundry to respect and give alkalolou their due. He also urged alkalolou to do the same for the peace and stability of the nation.

“Nobody will come from outside to develop our country for us and as such we should take stand to work for its development,” he stated.

Wally Joof, VDC Chairman of Berending, for his part, said the training was important for them as VDC members.

He called on participants to transmit the message to the community.

Lamin Sonko, who deputised the Alkalo of Berending, thanked NCCE for enlightening VDCs on the said topics.