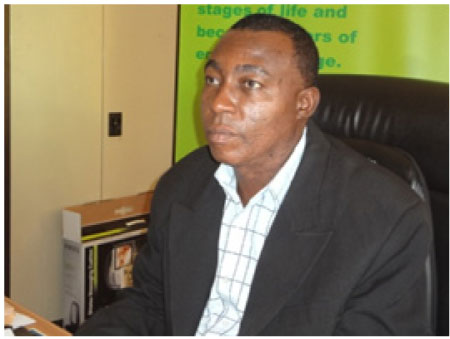 As part of its effort to respond to the call of the Government of The Gambia to a food crisis declaration, Child Fund The Gambia last Thursday distributed food items among eight thousand and four hundred people within the West Coast Region.

The primary focus here is families of their enrolled children in their areas of intervention within the WCR.

According to him, luckily this month, Child Fund had more assistance from their sister Child Fund Alliance members such as Child Fund New Zealand.

“At the same, time during our negotiations with suppliers to provide rice and oil, Elton The Gambia was able to give Child Fund a good discount of over one hundred thousand making it Elton’s contribution to effort the Child Fund is making in responding to the food crisis,” he said.

Mr Cassell used the opportunity to thank Child Fund New Zealand, Japeleh Kafo, Elton and all those who contributed in one way or the other to helping them in assisting affected victims.

During last week’s distribution, each person was given a fifty kilo bag of rice and other food items and Child Fund would continue to help these victims until October.

According to Child Fund Gambia officials, this humanitarian gesture is extended towards the affected families of last year’s poor rain yield and skyrocketing food prices, thus resulting into food insecurity, which has had a heavy toll on vulnerable children and families.

Speaking at the distribution centre at Kairasu in Tanji, Kombo South, Lamin Badjie, the community mobiliser of Kairasu Tanji office, expressed delight with Child Fund The Gambia for assisting their enrolled children’s families.