A resident of Jambanjelly in Kombo South has been bound to the peace and warned to be of good conduct for six months.

Amadou Bah had recently entered a plea of guilty for assaulting one Edrisa Barry.  He was found culpable of hitting Mr. Barry with a spade thereby causing him bodily harm.

Besides the suspended sentence, Bah was also fined D400 in default to serve a jail term.

Previous:
Gambia High to Benefit From Man-Hours
Next:
Two to Be Tried on Forgery Charges 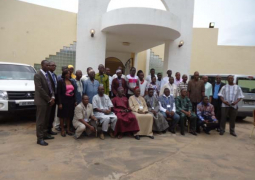